The Original HTC Vive Headset Is Now Priced At $500 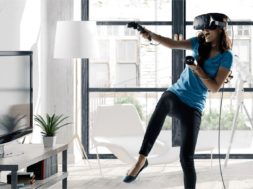 The Original HTC Vive Headset Is Now Priced At $500

With the price announcement of the HTC Vive Pro, the team has also announced that the original HTC Vive headset will be reduced to a price point of $500.  This is quite a jump from the team as the headset was being originally sold for $800. In a little over a year’s span, we’ve seen the HMD drop $300 in price.

But as a drawback, the HTC Vive doesn’t come with over the ear headphones like the Rift does. You would have to purchase the Vive Deluxe Strap for $100 separately in order to get that same inclusion.

If you have been wanting to purchase the HTC Vive headset, now would be a perfect time to do so.