OnShape Gets Republished As OhShape With Added Features 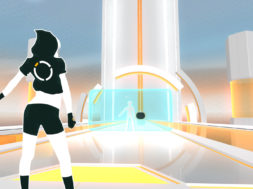 OnShape Gets Republished As OhShape With Added Features

Odders Lab, creators of OnShape has re-calibrated their VR game and released a new version of the title as OhShape.

In this new VR game you will notice that the graphics have improved and have removed features from the first iteration.

Similar to OnShape, OhShape is a fast-paced rhythm VR game. You will have to go through a variation of poses and move your body to the beat of the game in order to pass the levels. There will be a sync in coordination and routines that will get you bumping and racing. With most games, there will be a leaderboard where you will compete to be at the top.

OhShape is available on SteamVR for Valve Index, HTC Vive, and Oculus Rift for $14.99.