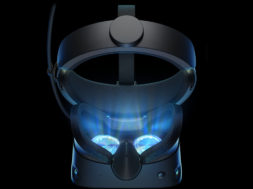 Just a little while ago Oculus announced a new upcoming HMD called the Oculus Rift S. It features some new upgrades that have not previously been seen on the original Oculus Rift CV1 including inside-out tracking. However, the founder of Oculus, Palmer Luckey, recently stated that only 70% of people would be able to use the Rift S due to IPD.

“Like Oculus Go, it uses two lenses that are set about 64mm apart, perfect for a perfectly average person,” stated Luckey on his blog. “Everyone who fits Cinderella’s shoe will get a perfect experience, anyone close will deal with minor eyestrain problems that impact their perception of VR at a mostly subconscious level. Everyone else is screwed, including me. Imagery is hard to fuse, details are blurry, distortion is wrong, mismatched pupil swim screws up VOR, and everything is at the wrong scale. “Software IPD adjustment” can solve that last bit, but not much else – it adjusts a single variable that happens to be related to IPD, but is not comparable in any way to an actual IPD adjustment mechanism. This is the main reason I cannot use my Oculus Go, even after heavy modification on other fronts.”

There’s already been a lot of criticism around the Rift S including why the company is releasing another tethered HMD with minimal upgrades and a price point of $400. The market will soon make its judgment in the near future.