One Piece VR Experience Is Coming To PlayStation VR 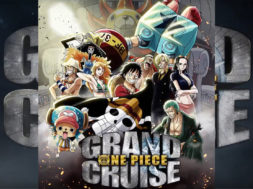 One Piece VR Experience Is Coming To PlayStation VR

One Piece is one of the most iconic Anime series of all time with the first episode airing on October 20th, 1999. The show is now in its 18th season and is still going strong to this day. Now, the wonderful universe of One Piece is heading to VR.

In the trailer below, you can see the upcoming One Piece VR experience called One Piece: Grand Cruise for the PlayStation VR.

The trailer itself is in Japanese and the characters are also speaking in Japanese. We know that One Piece: Grand Cruise VR experience will release in Japan but the question is if it’ll make its way to the west.

Most of the game seems to take place on top of your pirate ship where you’ll battle enemy pirates and mythical deep sea creatures such as the octopus. You’ll also be able to ask characters various questions.

The game is listed as being released some time in 2018 and will be published by Bandai Namco. Are you excited about this upcoming One Piece VR experience?