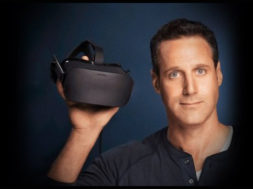 It seems like 2018 is already blowing past by us as another month is coming to an end. That’s right, we are about hit the last month of Q1 and it only feels like yesterday that we rung in the New Years. But don’t be too worried as the future holds many surprises and secrets. Recently, Jason Rubin tweeted out that we’ll be seeing some new Oculus Rift VR game announced during PAX East in April.

This means that we can look forward to new Oculus Rift VR games hitting the virtual shelves in the near future. One big factor that makes this all so exciting is that Oculus spends a lot of money into their games. They understand the value of quality titles and wants to bring the most exciting VR content to its user base.

Last year, while shutting down Oculus Story Studios, Rubin stated that they’ve allocated $250 million dollars in funding new VR content and games. The company is looking to fulfill that promise by announcing more and more VR games in the near future.

We hope to see many AAA caliber VR games such as the award winning Lone Echo by Ready at Dawn Studios. We should also be excited by the upcoming VR game with Titanfall creators Respawn which will be releasing some time in 2019.