Which is better, the Oculus Rift or HTC Vive?

This seems to be the question that many VR owners are asking about when it comes to the best vr wearable headsets. The two parent companies, Oculus and HTC are battling it out to see who reigns in as the champion. Both of the companies have their pros and cons and we are here to finally settle the dispute.

So let’s first examine the pros and cons of the Oculus Rift.

Pros and Cons of Oculus Rift

This particular headset originates from the kickstarter days where Palmer Luckey, Founder of Oculus, got the great idea to invent virtual reality headsets. A few years later it was acquired by Facebook. They then released the first consumer ready version this year. The hype was tremendous but they just haven’t been able to fulfill the orders like they were supposed to. However, many customers got an email today informing them that they will soon receive their Oculus Rift headsets and that they should be ready to receive them shortly. 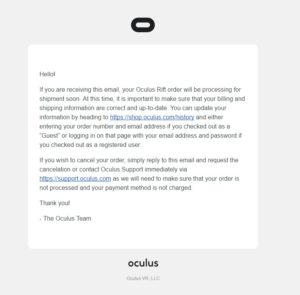 Well the pros of the Oculus Rift are simple. First of all, it’s owned by one of the most successful companies today called Facebook. They are going to do all they can for this vr headset to succeed. They have invested billions into the company and technology and will continue to fund it in large amounts.

Oculus Rift has their own dedicated platform for customers to purchase games, movies, and etc. They’ll make sure to maintain it correctly without much errors or downtime. And you can clearly see this example from Facebook. Facebook currently holds the biggest social media platform in the world and seems to do terrific at it. They know how to software and programs afloat.

Oculus Rift also comes fully equipped with a headset that is higher quality than what HTC Vive.

They also seem to be converging on a silent partnership with Microsoft’s Xbox team. Recently, it’s been reported that Xbox is making moves in the VR scene. They might be integrating Xbox systems to become compatible with the Oculus Rift VR headsets. This would make tremendous impact in both the console and VR community. With a combined force, it’ll definitely have the biggest audience base which can allow it to host exclusive games for both. This would spell trouble for the HTC Vive.

It has to be addressed that this particular VR headset is NOT mobile. Oculus Rift obligates users into being stationary. That mean you must be in a seat or standing up in the exact same spot while using the Oculus Rift. You can move and tilt your head but that is the limit to the system.

They are developing their own controllers but we’ll wait and see how long that takes. And speaking of time, Oculus Rift still hasn’t delivered their headsets to thousands of customers who pre-ordered the headsets months ago. It’s astounding how such a big company can’t take care of it’s immediate customer base. Many users are starting to turn to HTC Vive because of this reason.

Pros and Cons of HTC Vive

The HTC Vive is a remarkable VR headset. With incredible design and usability, it’s no wonder why so many people use this wearable headset today. HTC is a successful mobile phone manufacturer. They come from a background of making great hardware that works great. With VR technology growing, they risked a lot in R&D to come up with the Vive and they did a tremendous job with it.

The HTC Vive is very unique in the sense that it offers so much. First of all, unlike the Oculus Rift, you gain functionality and movement with the Vive. Being able to move around in a virtual world is a HUGE selling point for the vr headset. It’s totally a different strategy than the Oculus Rift and it’s truly remarkable that you can move around in a physical space to observe a digital world. You can observe digital object in a closer and or further view.

The controllers are awesome as well. Unlike the Oculus Rift, you gain freedom with your individual hands that allows you to create and move around more realistically. You get the options to pick and choose between your left and right hands which certainly makes a big difference. For example, you can hold a bow in one hand and cock the arrow with the other. This is something that can’t be done on the Oculus Rift (for now).

The sensors that come along with the HTC Vive allows you to have that freedom of movement in a physical boundary. This just goes to prove that the HTC Vive was ready to compete on a whole different level.

The best part about the HTC Vive is that it has teamed up with Steam. Steam is the largest gaming platform for the PC. It’s a gateway to games, movies, and more. With this partnership, users will be able to see many exclusive contents and not have to worry much about the Steam server going down.

There are a lot of moving parts with the HTC Vive. The headset requires a plethora of cords, 2 sensors, 2 individual controllers, and a hub in order for it to work. Here’s the link to the setup of the HTC Vive where you can see what it takes to set the system up.

And with that many pieces required to operate the HTC Vive, it becomes prone to more failure in hardware. There’s been a lot of upset customers complaining about how their sensors, controllers, and even cords stopped working. And without one of these pieces, none of it will work.

Using the Vive headset becomes a lot more sensitive because of this. You have to make sure the sensors are placed correctly, that you have sufficient amount of room to move around, and that the sensors are turned off correctly after use.

Both of the headsets are amazing for where the technology is today. They have successfully created VR headsets that function and are ready to innovate. Most of our staff felt that the HTC Vive currently has the slight edge over the Oculus Rift because of the movement factor. It plays a big role in virtual reality games.