Oculus Rewards Rift Owners By Giving Away Quill For Free 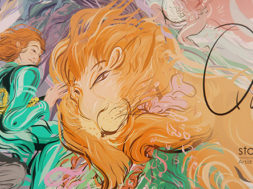 Oculus Rewards Rift Owners By Giving Away Quill For Free

Oculus has been working hard in trying to catch up to the level of experience that the HTC Vive offers with their room scale tracking and motion sensor controllers. And with the deployment of Oculus’s new Touch controllers arriving next month, they’ll finally be able to compete against the Vive on a similar level.

To celebrate this achievement, Oculus has announced that it’ll be giving away one of their treasured tools called the Quill for free. Quill is an interactive painting software exclusively made for the Rift. It was built with the intentions for graphic designers to illustrate storytelling in VR.

The Quill beta will be available starting December 6th. That’s right around the time Oculus Touch ships out to its customers.

Many have found the tool to be the direct competitor to Google Tiltbrush which is available on the HTC Vive. However, Quill wasn’t built with the purpose for the general public. It was actually built for Art Director Wesley Allsbrooke to paint in VR in October of 2015. She required some special features to paint on the Rift platform such as layering and bending of the lines.

“It was important that Quill not add anything to an artist’s strokes, unless fully controllable and shapeable by the artist. This means that with Quill, artists see their unique style come through, without filters.” – Oculus

And through this purposed idea, Quill has transformed into an artistic illustrating actual tool for the public. We look forward to what people can create using this tool starting December 6th. And again, Quill will be available to download for free so enjoy and test out your abilities in becoming a future virtual artist.