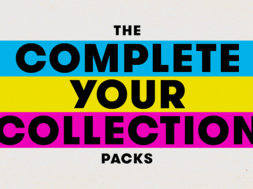 Oculus has launched 3 new Collection Packs of VR games for the Rift during this year’s holiday season. Each Collection Pack comes bundled with 7 different games with high-quality content.

Each Collection Pack starts at $99.99 which saves you a whole bunch of money considering the original retail price on a lot of these titles. The Collection Pack sale starts now through December 1st at 11:55PM PST.

Below are the list of games you will receive with the different Collection Packs: 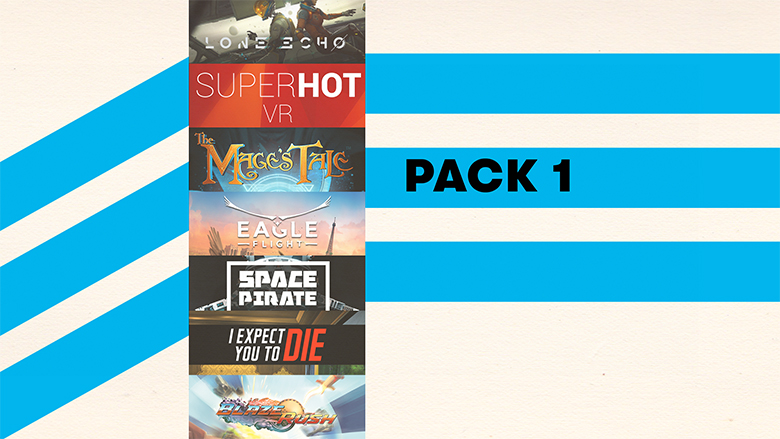 Superhot VR has been one of the hottest games to release on the Oculus Rift (no pun intended). Incorporating the Oculus Touch, users are able to wield weapons to destroy the onslaught of red colored enemies.

Mage’s Tale kicks off the VR game by first placing you as a lowly apprentice who must annihilate a series of foes and learn to command the mystic arts in order to save your master. You’ll be fighting against the evil wizard Gaufroi and must find a path to vanquish him. As you progress throughout the story, you’ll start to gain mysterious powers of elements such as water, fire, and ice.

This game is the “official” trainer for wannabe space pirates. You’ll have the ability to wield futuristic guns to destroy the oncoming waves of mercenary robots. You’ll compete against the best for the highest scores.

I Expect You To Die

I Expect You To Die by Schell Games is a well-received VR experience by the community. Players in the game set out on an adventure as an elite secret agent where you must solve riddles and puzzles in the virtual realm.

BlazeRush is an Oculus Rift experience that genres under action arcade racing survival game. It was one of the first 30 games released using an Oculus platform and Oculus Rift headset. It was developed and published by Targem Games, a studio in Russia. It’s an action racing game recommended for everyone. It can be a single or multiplayer of intense car racing played locally or online. The number of players allowed are four locally and up to eight players online. Each player has an option to choose any of the sixteen top-down combat vehicles. The player needs to adapt their skills of racing style and technique to beat other players and pass through obstacles and tracks. 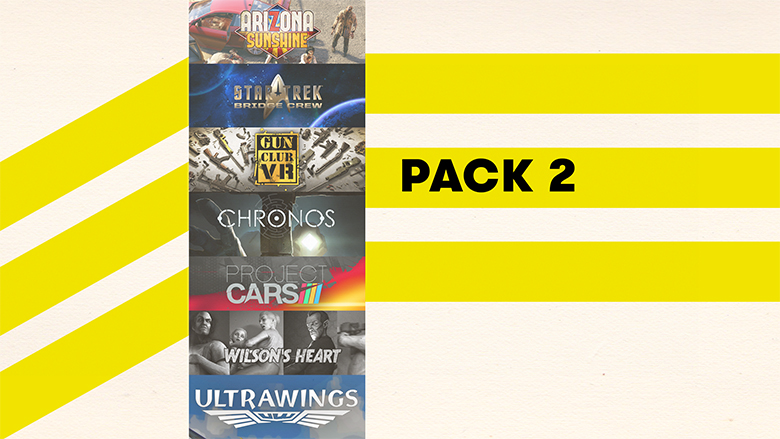 The game begins in a post apocalytic world riddled with zombies. In the blistering heat of the Grand Canyon state, it is up to you to overcome the undead’s attacks, and hopefully find other survivors. With a flash of a human voice over radio, it’s confirmed that there are other humans out there, and you must fight on to search for them. Arizona Sunshine poses a VR battle for survival in which players need to navigate both the hordes of zombies coming for their brains and the scorching heat in their desperate search for human allies.

Star Trek Bridge Crew puts you and your friends in the control room of U.S.S. Aegis. You’ll be appointed as an officer to take part of a critical initiative on behalf of the federation. Your mission will be to explore a largely uncharted sector of space known as the Trench. This is in hopes of locating a suitable ne whome for the decimated populance of Vulcan. This uncharted territory contains many wonders and also a lot of danger. The Klingon Empire is active in the territory and won’t be afraid to take aggressive actions towards your fleet. Your mission in Star Trek: Bridge Crew will be to secure a peaceful Federation presence in The Trench territory.

Gun Club allows you to upgrade and customize your weapons to take down opposing foes and check out the variety of stocks and scopes that can be added onto your weaponry.

Chronos is an atmospheric RPG that chronicles a hero’s lifelong quest to save their homeland from a great evil.

The vehicles featured in Project Cars 2 have been designed to exact standards providing users with accuracy in driving performance under various weather conditions. The cars have also been approved by each and every automaker which adds another bench mark to the game. The game gives you access to over 180 exotic cars.

The neo-noir, psychological thriller is not for the faint of heart. Set in a 1940’s black and white haunted hospital world, users wake up as disoriented 60-year-old patient Robert Wilson, and play the game in first person perspective. Weller plays the voice of Wilson, the game’s protagonist.

In Ultrawings, you’ll be playing the game as a pilot in VR and have the ability to control where you want to go and explore. You’ll be prompted with the motions of flying, landing, maneuvering, and reaching objectives. You might have to get used to the controllers but the game will provide tutorials and hints to help you adapt more easily. 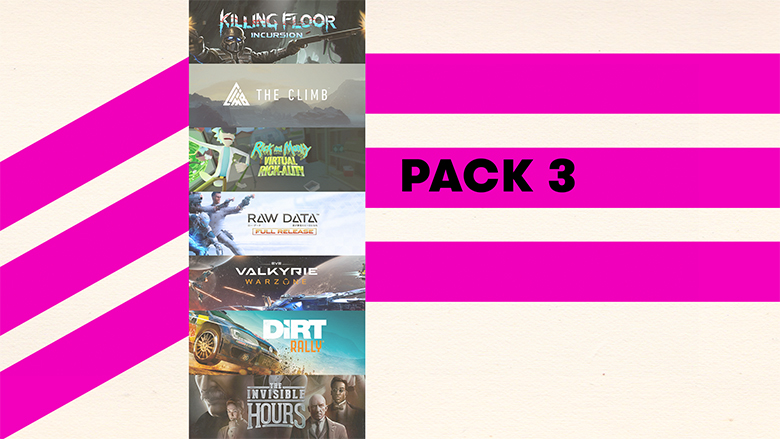 In Killing Floor: Incursion, players must take on the role of an elite Horzine Security Forces soldier as they team up with allies to fend off the horrific Zed hordes using an array of weapons including guns, blades and more. Players will be able to freely explore as they move throughout the environment, scavenging for weapons and ammo while searching for the best locations to fight the monster onslaught. Players will also battle in diverse environments from creepy farmhouses to high-tech facilities through Horzine Security Forces missions and unlock the secrets of the Zeds’ origins.

The Climb is a solo rock climbing experience that tries to deliver the same adrenaline rush and feeling of free climbing. It has an outstanding VR environment of rock formations throughout the North American countries, Europe, and Asia.

Rick and Morty: Virtual Rick-ality by Owlchemy Labs is a super-charged VR game that allows players to be immersed into Rick’s unconventional world. Watch as we do a thorough review of the game with some added gameplay!

Built from the ground up for VR, Raw Data’s action combat gameplay, intuitive controls, challenging enemies, and sci-fi atmosphere will immerse you within the surreal environments of Eden Corp. Go solo or team up and become the adrenaline-charged heroes of your own futuristic technothriller.

EVE: Valkyrie takes players deep into space where you’ll control your spaceship to destroy the enemy forces. You’ll be sitting front row inside the cockpit while you enjoy the virtual reality experience taking place in space.

Dirt Rally is a fun racing game in VR that’ll drag you through the muds in your favorite off-road vehicles. You’ll be racing up and down rigorous terrains and will be able to experience what its like to tackle tough courses such as the Broadmoor Pikes Peak course.

In this complex murder mystery, players freely explore an intricate web of interwoven stories to uncover which character murdered their host, famed scientist and inventor, Nikola Tesla. The Invisible Hours takes place in a Tesla’s sprawling, antiquated mansion laboratory in the early 20th century. The cast of characters, a group of strangers, receive a curious invitation from enigmatic Tesla, offering each of them the chance to make amends for their darkest wrongdoings. When the last guest arrives at the isolated mansion, they find him dead – murdered. The suspects include disgraced Swedish detective, Gustaf Gustav (who vows to solve the mystery of Tesla’s untimely demise and avenge his murder), a blind butler, a convicted murderer, the world’s most famous actress, Tesla’s former assistant, the son of a wealthy railroad magnate, and rival inventor Thomas Edison.