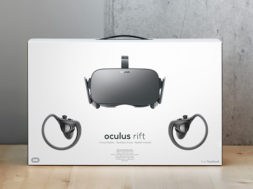 Oculus has been making a splash in the VR industry with their amazing deals on the Rift + Touch bundle that’s currently on sale. For just $399, you get the Rift headset along with the Touch controllers, Xbox One controller, remote, 2 sensors, and seven free titles including Lucky’s Tale, Medium, Toybox, Quill, Dead and Buried, Dragon Front, and Robo Recall. However, Brendan Iribe stated, “They’re (Rift sale bundle) mostly sold out.”

However, you will be able to continue purchasing in on the sale as Oculus will honor the price-point through their newly repackaged bundle. But it will not include the Xbox dongle, remote, nor the Xbox controller which is around $90. Most newly released games on the Rift are already Touch compatible so this is not too much of a worry unless you prefer using the standard Xbox controllers.

Once the sale ends in just a few weeks the price will jump up to their newly announced MSRP of $499. Oculus has cut an additional $100 off their MSRP from just a few months ago. This would be a perfect time to jump into the VR scene as Intel, Oculus, and ESL is preparing to launch the first VR esports tournament series with The Unspoken and Echo Arena.

Make sure to take advantage of the deal while it lasts.