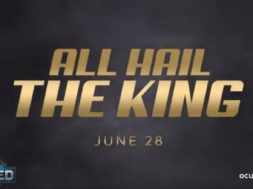 It’s been quite awhile since we last heard about the upcoming Marvel game called Marvel Powers United VR. The game is set to feature some of Marvel’s favorite superheroes and villains which includes Thor, The Hulk, Deadpool and more.

While that’s all fun and dandy, Oculus nor Marvel has yet to announce any sort of release date for this VR game. But they did leave us with a cryptic clue on Twitter just a little while ago. They released a video that reads “All hail the king” – June 28th.

But this is all speculation until we have some concrete answers. Hopefully we find out more about the game in 2 days where we get a concrete answer about the release date instead of seeing more unplayable superheroes.