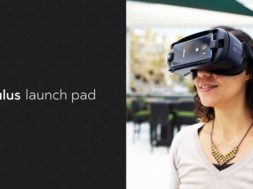 Last Friday, April 14, marked the opening Oculus Launch Pad Call for Applications. This the the second year that the program is being offered thanks to the $10 million Facebook pledged to fund diversity programs at 2016’s Oculus Connect 3 event. The application deadline is set for April 30th, 2017,  so if you have any plans to submit, it’s time to get to work! Applications can be submitted in one of three categories: 360 film, VR experiences, and VR games.

Oculus Launch Pad is an immersive VR boot camp experience that will be held June 10-11 of this year at Facebook’s Menlow Park HQ. The program focuses on encouraging diversity in the VR workforce, helping up to 100 professionals grow as emerging leaders.

According to the Oculus program site, “Virtual reality is one of the most exciting and fastest-growing branches of the tech industry, but to reach its full potential, it needs a diverse team of creators. That’s why we started Launch Pad. VR is for everyone, and the best way to grow a vibrant content ecosystem with mass appeal is to incorporate the full range of unique perspectives from our development community. nWe hope to inspire developers that represent our global audience to share their voices with the world. By investing in developers with unique perspectives, we can bring more exciting content to VR fans everywhere. This includes women, people of color, members of the LGBTQ community, and anyone who is willing to share how their perspective adds to the “diversity of thought” in our community.”

Launch Pad promotes promising VR content creators, giving them the opportunity to take their unique ideas and bring them to market. Those who are selected to participate will receive a complimentary Gear VR headset and admission to the boot camp, which includes hands-on courses to support their passion for VR development, on-site meals during the boot camp, and a travel stipend of $1,200. After the boot camp weekend, participants receive continued mentoring follow up and support as they develop their own VR content. Participants will be required to keep a weekly blog building up to a full release on the Oculus store after the boot camp is over. Currently the program is only being offered to those in the US, but we’re betting this will change as it becomes an annual thing.