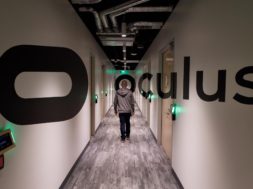 Back in 2016 during the OC 3 (Oculus Connect 3) event, Oculus Chief Scientist Michael Abrash made a bold 5 year prediction on the future of VR, AR, and mixed reality. In his bold prediction were 7 key elements. Those included:

Since the time of his predictions, Abrash believes that we are making faster progress on these fronts than he first predicted. In a Facebook post he wrote the following:

Oculus Research has a new name—starting today we will be known as Facebook Reality Labs (FRL). While our name is new, our focus on the future hasn’t changed.

At Oculus Connect in 2016, I made (https://www.youtube.com/watch?v=Mv_eIRv1Vk4) predictions about the future, “as far ahead as I can see into the fog of time.” As I said then, that’s about five years. In those predictions, I shared what needs to happen with panel resolution, pixel density, field of view, depth of focus, and more. We are just a year and a half along now, and I would say those predictions are holding up well. In fact, the truth is that I probably undershot, thanks to Facebook’s growing investment in FRL, which allows us to push the boundaries of what it takes to build great experiences further and faster. We are helping Oculus and all of Facebook create trailblazing AR and VR experiences, from what’s most affordable to leading edge.

I started working with personal computers in 1980, and while they were getting used in some places, they were considered novelties – no one realized just how much impact the personal computer would have in the long run. We can look back now and see that PCs and their descendants have changed productivity, gaming, the way we communicate, and how we connect – the first great wave of human computing, going strong for 45 years now, with no sign of stopping. Augmented and virtual reality will be the second great wave of human-oriented computing, revolutionizing the way billions of people work, play, and interact even more powerfully than the personal computer or the smartphone.

FRL brings together a world-class R&D team of researchers, developers, and engineers with the shared goal of developing AR and VR across the spectrum. We’re creating new possibilities across the full span of how people interact with these new technologies. There are a lot of hard problems in VR and AR, but they’re all solvable, and they are going to get solved. I can’t think of a better challenge to undertake, and that’s why I personally am doing this. It is pretty clear to me that when we look back in 20 or 30 years, AR and VR will be the technologies that made the future, and we’re creating the foundations for that today.

This is just the beginning …

Abrash went into detail on a couple of things in his FB post above. First he mentioned that Oculus Research will now be known as Facebook Reality Labs. This means that the Oculus research facility will be used for more than Oculus. Their research will also be used for Facebook and further development of the giant social media data collection platform. In addition, Facebook Reality Labs will be a part of their Facebook Building 8 program which focuses on AI, VR, AR, MR, and more.

The second important thing that Abrash mentioned was how surprising it was to see VR progress and evolve. “I shared what needs to happen with panel resolution, pixel density, field of view, depth of focus, and more. We are just a year and a half along now, and I would say those predictions are holding up well.” Abrash even mentions that he undershot how fast things are progressing. “In fact, the truth is that I probably undershot.”

Where VR will be in 5 years

Abrash believes that the current challenges faced in the VR/AR industry will all be solved. “There are a lot of hard problems in VR and AR, but they’re all solvable, and they are going to get solved.” Back in 2016 Abrash talked about the 7 important fronts that must improve and if they do, they will make today’s VR HMD technology look prehistoric. Now we see many companies working on improving these fronts and some are a lot closer than we’ve imagined.