Oculus Breaks Headlines Again With The Announcement Of Another Price Reduction 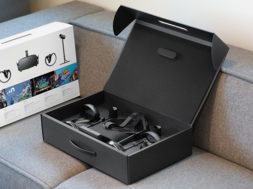 Oculus Breaks Headlines Again With The Announcement Of Another Price Reduction

Oculus has been pumping out some fantastic news as of late with their amazing deals on the Rift bundle for just $399. This includes the headset, Touch controllers, 2 sensors, and six amazing games. While this is only for a limited time, Oculus is looking to keep the prices low by offering the bundle as a set for just $499 after the sale. This is another price cut from $599 that was offered just a few months ago!

Oculus is doing away with the original Xbox One controllers we found in the original bundled set. You can still purchase or use one with the Rift but the Touch controllers will now be the standard in the Oculus bundle. While we’re seeing some ridiculous price-points coming from Team Oculus, we’ve yet to see a striking response from Team Vive. Through our recently conducted poll, we can see that price-point is starting to have an effect within the community as money is a sensitive subject for consumers.

What are your thoughts and preferences for VR headsets?

tags: oculus price oculus sale oculus touch summer of rift sale
previous Within Partners Up With IMAX VR For Their New VR Experience Called 'Life Of Us'
next Ready Player One Makes Its First Appearance With This Picture
Related Posts