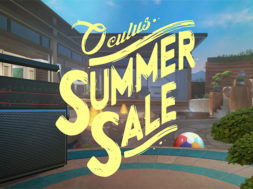 To celebrate the start of the summer and post E3, Oculus announced today a new special called Summer of Rift where we’ll be seeing a season of special events, deals, game launches, and announcements. Oculus plans on releasing “weeks of activities” and promotions to carry users through the summer.

Starting tomorrow at 10AM PST through 11AM PST on July 5th, you can score up to 60% off on 30+ titles across the Rift and Gear VR.

On top of this pre-announced promotion, Oculus will b e offering bundle deals to VR games such as The Unspoken, SUPERHOT VR, and The Climb for Rift and Keep Talking and Nobody Explodes, Rangi, and Dark Days on Gear VR.

As far as promotional bundled deals go, Oculus is offering $100 Oculus Store credit at participating retailers such as Best Buy and Newegg in the US. You can also find these deals at FNAC in France, MediaMarkt, Saturn, and Caseking in Germany; and both Scan and Game in the UK. Plus Amazon’s got you covered in all five territories. Oculus has stated that this offer is only valid while supplies last.

The bundled deals will also come with games such as:

Make sure to tune in as we provide the latest updates and discounts from this year’s Summer of Rift.