Nvidia has been making some killer sales in 2017 -2018 with the growth of both VR and the cryptocurrency industry. VR is pushing the limits on how far we could stretch graphical performance while opportunists are buying up GPUs to crypto-mine the new digital currencies.

With so many GPUs being gobbled up by consumers, we’ve seen the quick rise in price to the available processors on the market. But Nvidia might be pushing out some new GPUs for us in the next few months according to a ‘well-placed source’ by TweakTown.

While the GTX 10 series are fairly new to the market, Nvidia is quickly re-innovating the technology. According to the source, the new GPUs will be built on refreshed Ampere architecture. If that’s the case we will be seeing more boosted performance and better power efficiency compared to the current Pascal GPUs and architecture.

The source also stated that Nvidia will be revealing the new set of GPUs this year at the annual GTC conference which will take place next month in March. After the announcement, the rumored GPUs are suppose to go on sale in either April or May.

This seems reasonable as Nvidia had the same pace in release of the 10 series when it first launched. Jen-Hsun, president and CEO of Nvidia first announced the GTX 1070 and 1080 in May of 2016 and announced the new graphics cards would be available the following month in June. 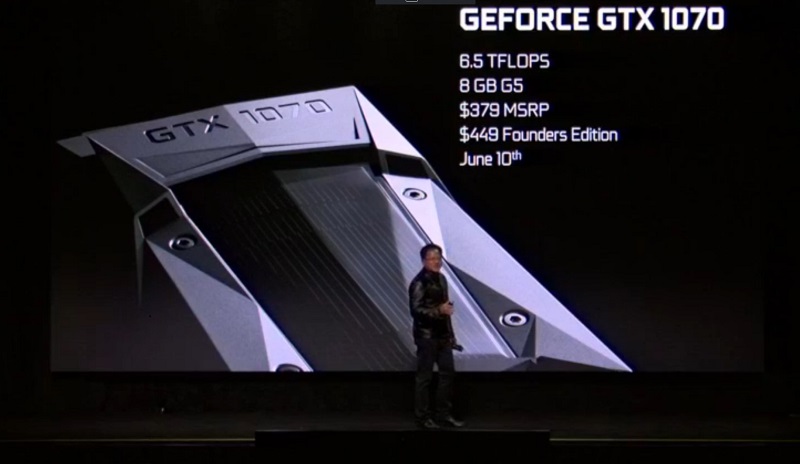 The company might be keeping to that similar timeline for the release of the new series.

It’s also rumored that the new GPUs will be given some new names. Since they will be the next generation GTX GPUs, they might be branched as the 11 series or even given the 20 series numbers. We’ve seen many companies jump around with the naming of their products and Nvidia certainly has the option of doing so as well.

In addition, if the new GPUs use a brand new architecture, we can certainly see Nvidia skipping some numbers and release it as the 20 series. We’ll soon see if the rumors are indeed true next month at the GTC conference taking place on the 26th through the 29th.