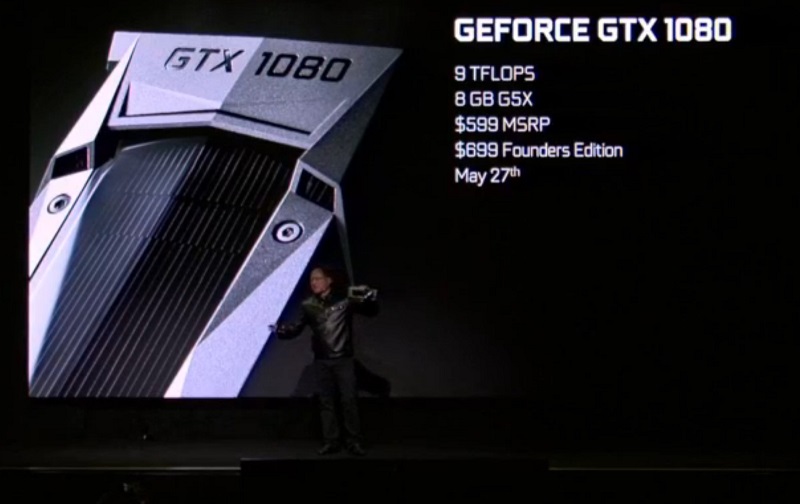 Nvidia has just announced the release date for the Geforce GTX 1070 and GTX 1080 Graphics card. It is suppose to be the most powerful graphics card coming to the market which will dramatically improve VR gaming performance. The founder, Jen-Hsun Huang, announced that it has twice the performance and three times the efficiency of the Titan X.

The Titan X has been renowned in the industry as one of the most capable graphics card on the market and was set to a standard that couldn’t be matched. But Nvidia has spent over 3 years and billions of dollars into creating this one of a kind graphics card. During the presentation, Jen-Hsun also announced the capabilities it will bring to the virtual reality platform. With its multi projection with sterero capabilities, VR will become a more immersed experience

In the above picture it shows the graphics being rendered at 71 FPS without the assistance of the technology.

The above picture demonstrates the capabilities of the particular technology, rendering the graphics at 96 FPS. 90 FPS is currently the standard frame rate in the VR industry to avoid eye-motion sickness.

Nvidia also announced a new form of technology called simultaneous multi-projection which allows multiple projections within a frame. The amazing part about all of this is that it will greatly enhance the sculpture of virtual experiences. VR will greatly benefit with this type of technology moving the community forward.

The new graphics card will also use an in-game camera system. This allows you to have a range of scope throughout the video game experience.

The other big announcement during this presentation was the real-time acoustic simulation engine. This particular technology is going greatly enhance our gaming experience by making acoustic sounds feel more real in terms of direction. VR has the capabilities now to truly immerse a player’s hearing and visualization. 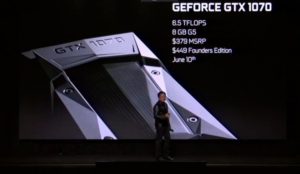 The Nvidia Geforce GTX 1070 will be released on June 10th at $379 MSRP. They created a price point that makes it affordable for many gamers and users.

Some of the specs listed: 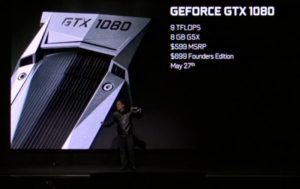 The Nvidia Geforce GTX 1080 will be released on May 17th at $599 MSRP. For the most powerful graphics card, that comes out to be a very reasonable price.

Here are the specific specs:

These are some truly remarkable numbers achieved by the team over at Nvidia. This technology alone will create big strides for the VR industry.