Nokia Announces a New Slate of Enhancements for OZO Reality 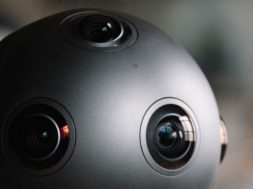 Nokia Announces a New Slate of Enhancements for OZO Reality

Nokia has announced the launch of OZO Reality, an updated set of technologies for supporting improved VR creation, delivery, and user experience, at Las Vegas’s National Association of Broadcasters (NAB) convention which started on April 22nd and will run until the 27th.

“There is virtual reality, and then there is OZO Reality: our vision for the future of virtual and mixed reality experiences, seamlessly blending the real with the virtual and transcending time and space. We are developing new innovations that work together to empower storytellers, enable audiences to participate in content anywhere on any platform, and deliver on the promise of transformative experiences that help the human family feel more together,” said Paul Melin, VP of Digital Media, Nokia Technologies. “As VR and AR fast approach a tipping point that will lead to explosive growth, OZO products and technologies are well-positioned to be key drivers for the future of an industry that could top $100 billion in less than a decade.”

OZO Reality’s only contender currently, is the Facebook’s ‘Surround 360’ camera that was announced last week at F8. See our breakdown on the ‘Surround 360’ here.

Below is the breakdown in updated specs for Nokia OZO.

The backbone of the OZO Reality Platform is a set of technologies and format extensions, developed by Nokia and embraced by a broad ecosystem of partners, which enable the real-world delivery of 360 video and mixed reality experiences with unprecedented efficiency and uncompromised quality:

OZO Deliver – A software component that enables OZO Reality Platform partners to ingest and manage advanced immersive experiences, and to deliver them at lower bandwidth to broader audiences.

OZO Player SDK – Native code that can run in an existing video app for turnkey playback of VR content:

According to Nasdaq, Nokia entered into a multi-year virtual reality technology agreement with The Walt Disney’s Studios division to provide virtual reality content that will complement the theatrical release of ‘Star Wars: The Last Jedi’ in December. The OZO VR camera and software will be provided to Disney to create the VR content.