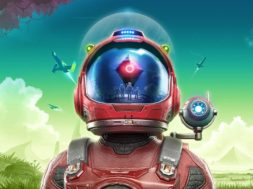 It has finally happened. Hello Games has finally announced that No Man’s Sky is coming to VR. Yup you heard that right. The long awaited space game will make its debut in virtual reality through PSVR and the SteamVR platform.

The other cool thing about this news is that the VR version won’t simply be a port. It will actually be the full game in the virtual reality. The company also announced that it will be free to existing players.

“No Man’s Sky Virtual Reality, like all the parts of Beyond, will be free to existing players. However, we’re excited to announce that the release of Beyond will see an exclusive retail release of the game on PlayStation 4. This physical edition will come with the base game, VR support, and every update so far, including Beyond.”

No Man’s Sky VR will make its debut on PSVR and Steam VR simultaneously. This most likely means that Oculus Rift and HTC Vive users will be able to enjoy the game as well.

” By bringing full VR support, for free, to the millions of players already playing the game, No Man’s Sky will become perhaps the most owned VR title when released. This amazes us, and is utterly humbling. The team is working so hard to live up to the expectations that creates. We are excited for that moment when millions of players will suddenly update and be able to set foot on their home planets and explore the intricate bases they have built in virtual reality for the first time.”

As far as the release date goes, No Man’s Sky VR will be available some time in the summer of 2019. Get ready folks as this will be yet another enjoyable game in VR.

tags: hello games no mans sky vr space vr game
previous Only Around 70% Of Population Will be Able To Use The Oculus Rift S
next HTC Vive Focus Plus Priced At $799 Launching On April 15
Related Posts