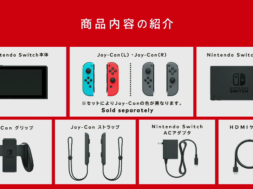 During the Livestream event, Nintendo has announced that the Switch will indeed be available for $300 on March 3, 2017. Similar to the cost of the Wii U at launch, they look to tackle the competition at that cost including PS4 and Xbox One.

#NintendoSwitch will be available for $299.99. pic.twitter.com/Dwgduo0sT7

The Switch is designed to be both stationary and mobile with its hybrid features. While the console may not provide the highest levels of graphics computing power, it has a mobile feature that the PS4 and Xbox One can’t compete with. Nintendo believes that with this feature, they’ll be able to grab the share of the pot in the on going console wars.

There are further developing news during this event so stay tuned for breaking updates.