Nintendo Provides Update To Their Research Into VR 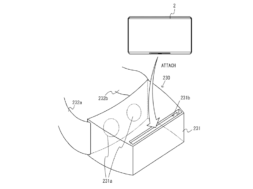 Nintendo Provides Update To Their Research Into VR

Last year, Nintendo’s President Tatsumi Kimishima talked about their vested interest in VR where he was quoted saying, “If we are able to resolve the issues with playing [VR] comfortably for long hours, we will support it in one form or another.” On top of that, Nintendo submitted their own OEM patents for a head mounted display (HMD) that would be powered by the Switch or some particular mobile device. But that all now looks to be different.

In an interview Nintendo France General Manager Philippe Lavoué, he stated “If you look at VR headsets, I doubt they can appeal to the mainstream,” to a French news publication. He believes that VR doesn’t have the ability to attract the big numbers. Lavoué also stated, “Consumers are not patient with entertainment if you aren’t able to offer them a complete solution.”

The Nintendo Switch, known for its mobile capabilities, isn’t as powerful compared to the Xbox One or the PS4. Rather, it provides the least graphical performance when it comes to specs. So it would make sense that their product wouldn’t work well with VR.

Nintendo also provided updates in regards to 4K gaming and their lack of interest in that space. “Invest in a technology that is not widely adopted? Where are the 4k screens today? Should we invest before the consumer has adopted the technology?” said Lavoué.

This doesn’t mean that Nintendo won’t look at VR or 4K gaming in the future. The company is known for being creative with hardware. Simply take a look at the Power Glove by Mattel and how it was able to function with Nintendo games. Now it has been re-adapted by imaginers to use in the VR space. So keep an eye out for the next set of announcements from Nintendo in regards to virtual reality technology.