Nintendo has recently announced its global release of the Nintendo NX for March 2017. They haven’t been a true contender in terms of console sales since the N64 but Nintendo is trying to make the big comeback.

Nintendo’s camp has been pretty hush hush about the upcoming console. However, at the end of last year, Time interviewed the New Nintendo president Tatsumi Kimishima about the new and upcoming gaming system which was quite interesting.

He hinted at multiple things about the device and made some bold statements which made us speculate that Nintendo might be trying to integrate VR into Nintendo NX.

During the interview, he expressed his desires to move in a different direction away from the Wii and Wii U platforms. “That being said, I can assure you we’re not building the next version of Wii or Wii U. It’s something unique and different. It’s something where we have to move away from those platforms in order to make it something that will appeal to our consumer base.” Currently the buzz is all about the future of VR technology. And with time, many investors and tech experts believe that VR will be the driving force in modern entertainment.

President Kimishima goes over the primary focus in driving the NX product to be highly interactive with multiple devices.  This made us wonder if he envisions an integration with virtual reality technology.

It can also be speculated that Nintendo will make that transition into VR by looking at the competitors. Playstation is releasing their VR wearable in October. Microsoft, the parent company to Xbox, is creating an AR headset called the Hololens. So we don’t think it’s too far of a stretch to believe that Nintendo will have an answer to all of this. In addition to those companies, 2 other multi-billion dollar companies (Oculus Rift & HTC Vive) jumped in to the race.

Facebook acquired Oculus for multiple billions just a few years ago and believes that virtual reality will be a dominant force in gaming. And with the backing of one of the largest companies in the world, you’d have to imagine that they’re going to try and take a chunk out of the gaming world.

HTC Vive is the other multi-billion dollar company that’s invested into VR gaming. They joined up with Steam, the biggest computer gaming platform, to release tons of exclusives on to the Vive headset.

With the allotment of gaming consoles, there’s little room for error now.

The president of Nintendo also went on to elaborate the importance of the NX console strategy. “A next step in our dedicated device strategy, the core and primary focus of our business.” It’s already been claimed that they’re going to directly compete against the Xbox and Playstation with “industry-leading chips.” This part points out the fact that in order to contend with the other 2 consoles, they’ll need a competing VR headset and wearable.

There’s also a high demand for the release of Pokemon in virtual reality. The reason why we mention this franchise is because Nintendo has very close ties with the company. Pokemon has plans to release Pokemon Go in the near future which will partially be released with virtual reality technology. Nintendo has a very encouraging opportunity to catch a large segment of new video gamers by co-creating a Pokemon VR game. 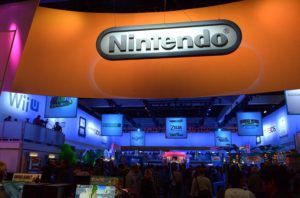 Nintendo doesn’t intend to release information until later in the year. They intend to release no new information at the E3 conference either. “NX will not make an appearance at the upcoming E3 video game trade show in Los Angeles in June and will be unveiled later this year.” It’s a big surprise that they won’t be making an announcement at the conference. It’ll be quite interesting to see in which direction Nintendo takes in shaping the future of gaming.