NFL VR Looks To Be A Big Deal 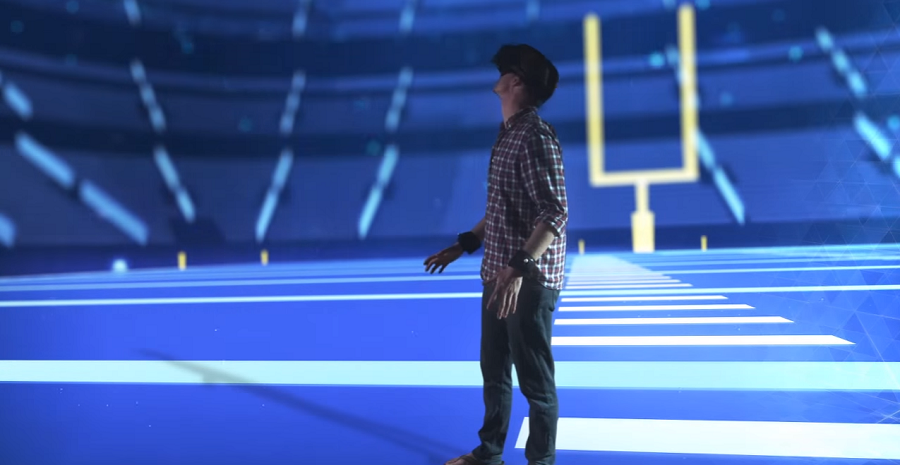 NFL VR Looks To Be A Big Deal

Football has always been a contact heavy sport and has caused many health issues because of it. So to combat this issue, many football players, especially quarterbacks, have been implementing the use of virtual reality platforms. With the power of VR, football players and quarterbacks have the ability to run through plays and training without the physical aspect. They can go through reps, formations, plays, and observe new concepts through it.

VR allows the NFL and football to protect its players whenever necessary and also see football in virtual reality. VR allows football players to practice without the need of other players. They get the mental reps needed to help grow mentally.

VR also allows injured football athletes to still be a part of the team. They can run through repetitions and pinpoint flaws to help promote growth. The mental part of football is really essential in winning games.

A company called STRIVR is leading the way in promoting this technology for amateur and pro athletes. They create a virtual agenda that helps players get the virtual repetitions needed to become a better player. Some of the teams that this company works with are the Dallas Cowboys, Arizona Cardinals, San Francisco 49ers, Minnesota Vikings, and the New York Jets.

STRIVR also works in the collegiate level with teams such as Texas Tech, Auburn, Arkansas, Clemson, and more. More and more teams are learning about the capabilities of VR.

We can definitely look forward to many additional teams using this technology to help promote growth within the NFL and NCAAF. VR has the technology to go above and beyond football as well. It can be implanted in many other sports such as baseball, golf, and etc. You can also look forward to competition becoming more stiff. Stay up to date in our VR news.