Home VR Games What And When Is The Next AAA VR Title Being Released?
VR Games
VR News
April 9, 2018 Griffin Streeter 0 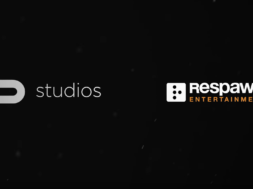 So far this year we’ve seen a lot of great titles come to various platforms in VR. Take for instance the recent release of LA Noire: The VR Case Files on the Oculus Rift and the release of Skyrim VR on both the HTC Vive and the Oculus Rift. While these titles have been released on select HMDs, they are finally available on the major PC VR platforms.

But many people have been wondering, what the next great AAA VR title is. Well, we have some clues for you.

Marvel Powers United VR is being developed by Sanzaru Games, the team behind VR Sports Challenge and Ripcoil. The heroes that have been announced includes: Rocket Raccoon, Deadpool, Captain Marvel, The Hulk, Ronan the Accuser, Crystal, Black Bolt, Thor, and Loki with more to come.

There isn’t a set price yet on the game nor a specific release date. Stay tuned for further updates on Marvel Powers United.

Ready At Dawn studios, the creators of titles such as God of War, The Order: 1886, Lone Echo and Echo Arena have announced that they’ll be releasing a follow-up game to Echo Arena called Echo Combat.

There isn’t much known about the new title besides it being a follow-up game to Lone Echo and Echo arena. We anticipate that it will  be a competitive VR game set within an arena in space. Echo Combat is set to release some time in 2018 but there isn’t a specific release date beyond that just yet.

Respawn Entertainment, creators of Titanfall, have announced that they’ll be releasing a brand new AAA VR title in partnership with Oculus. The date has been set for 2019 and we don’t yet know the specifics of the content. All we know is that Respawn is aiming high in this new field and will be challenging other studios in what future gaming looks like.

There are tons of VR game in development that have yet to be announced by the major publishers but we’ll soon hear about it in the spotlight down the road.