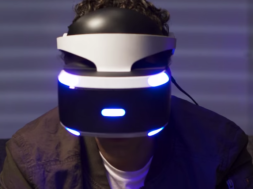 We have provided further description to the blue colored titles above where you can check out additional details. A few of the listed games have made our AAA VR games list which states the power, time, and investment that went into making an IP.

Discovery is essentially the new Minecraft game for VR where you’re able to explore a giant world made of blocks. You will be able to modify the world with your own creations. Players will be able to construct houses, build entire vilalges, cities, monuments, and even dig underground. Like Minecraft, torches will come in handy and you will even be able to design complex electric circuits to light up your creations.

You will be able to build alone or with your friends online with multiplayer mode. Up to 4 players can join the same game. The game iwll feature more than 215 unique materials so make sure to gather up.

League of War: VR Arena is that futuristic board game that we’ve seen in movies. Players will have to deploy their armies with tanks, helicopters, and infantry to defeat your opponents. This virtual board game will features various maps and allow you to play a campaign mode that’ll be putting up some challenge.

If you’ve been waiting for a proper tabletop VR game, this might be right up your alley.