Wow, there were a whole bunch of new games that arrived this week for the HTC Vive including 2 quality titles from 2 different AAA studios. Without further adieu, here are the latest VR games to release for the HTC Vive.

L.A. Noire: The VR Case Files for HTC Vive has players step into the painstakingly recreated world of 1940’s L.A. through the eyes of Detective Cole Phelps to solve cases from across all five desks of the original L.A. Noire, including: Upon Reflection, Armed and Dangerous, Buyer Beware, The Consul’s Car, The Silk Stocking Murder, Reefer Madness, and A Different Kind of War – each picked for their suitability to the virtual reality experience.

You’ll be coming face to face with key witnesses for interrogations, investigate crime scenes for evidence with the ability to physically pick up and manipulate objects, get behind the wheel of period-specific cars, engage in chases and shootouts, and much more – all in an incredibly detailed recreation of 1940’s Los Angeles, with 6DoF.

The First Class VR is an upcoming VR title by Zodiac Interactive that allows users to enjoy cinematic experience like never before.

Based around aviation history, the journey will take you through the first flight at Kitty hawk with the Wright brothers, all the way to Elon Musk’s SpaceX program today. The First Class VR will also be showing you a glimpse of what the future might hold for us as far as aviation goes.

OrbusVR is a new type of VR MMORPG that allows you to take on a whole new world in virtual reality. The game features a large open world with thousands of players, dozens of hours of quests following an intriguing story, interesting lore and characters. Users will be able to access five player group dungeons, world bosses, and more.

If you’re into MMORPG, this might be the right one in VR.

Google has launched YouTube VR on Steam for HTC Vive users. This means that you’ll be able to browse and experience every channel, video, and creator in virtual reality rather than simply watching 180 or 360 videos.

YouTube VR is optimized to showcase all of its content in the virtual world. It sort of mimics VR theaters where you’ll have a floating screen in the virtual environment. The screens can be blown up in size to be seen at a bigger resolution.

Super Puzzle Galaxy takes place on an intergalactic planet where players manipulate the world’s terrain to solve physics-based puzzles. By pushing, pulling, and manipulating sand and other objects, players vie to create the fastest pathways and unlock new ball abilities.

Meme Dragons is a silly, sci-fi VR arcade game for all demographics. For VR newbies, it’s a chance to see why the physical immersion of VR is so great, without having to worry about complex controls. For gaming vets, its a carefully designed challenge meant to keep you playing for hours chasing that next high score.

For those of you unfamiliar with Fallout 4, it’s an RPG game developed by Bethesda Game Studios which made debut in 2015. The game is set in a post-apocalyptic world that takes place in Boston and the surrounding Massachusetts area known as “The Commonwealth.”  The main story takes place in the year 2287, ten years after the events of Fallout 3 and 210 years after “The Great War”, which caused catastrophic nuclear devastation across the United States.

You will play out a character known as the “Sole Survivor” emerging from a long cryogenic slumber in Vault 111, which is an underground nuclear fallout shelter. This character lost his wife through murder and his child through kidnapping so the Sole Survivor ventures forth to The Commonwealth in search of his son. On this journey you must complete various tasks and quests that fulfill parts of the story. You’ll be able to craft drugs, explosives, and new weapons to get you further along.

Escape Room is a VR game where you will have 10 minutes to escape the room you are trapped in. You must find hints and clues that will unlock the room for you. If not, you will regret it!

Stand Out: VR Battle Royale is essentially PUBG for VR where you will be parachuted down on a wide island. You will have to explore your surroundings to find weapons and equipment to fight for your survival. You will have access to vehicles.

The objective is to be the last man standing on the island. Become Tom Hanks in Castaway. 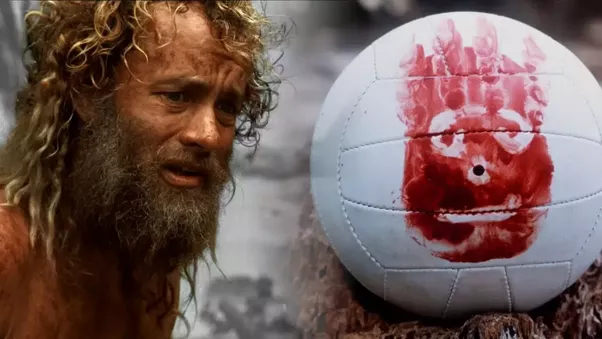