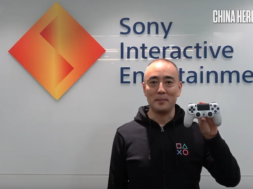 There’s been a lot of news circulating about upcoming VR games for the HTC Vive and Oculus Rift. But it’s been quite silent for the PlayStation VR front, until now. Sony has recently revealed a slate of VR games and experiences coming from Chinese developers and studios.

Branded under Sony’s China Hero Project, you’ll find nine new PlayStation 4 games that have been announced for the upcoming months.

The first VR game you’ll be introduced to is Lost Soul Aside by Ultizero games. This is an ARPG game focused on graphic performance and fluent action experience.

The next game is called Project Boundary by Studio Surgical Scalpels. This will be a FPS game taking place in a zero-gravity space environment. Similar in concept to Lone Echo, you’ll find yourself moving around in a unique way.

The third featured game is War Rage by Booming Games. This particular VR title will take you into the heart of China to battle armies in a “Dynasty Warrior” fashion.

Another VR game is called Project X by KOMOGAMES. It will feature a swordsmen taking down foes with the blade of his sword.

An additional game from the China Hero Project is Tiger Knight by NETDRAGON. It will be a China warfare themed game where you’ll control armies to take down your enemies.

Code: Hardcore by RocketPunch will be a mecha themed action battle game in VR. It will be interesting to see how the game can be played in VR as the title is shown in a 2D format.

Kill X by VIVAGAMES is a shooter VR game which demonstrates adventure and mysteries. But not much else has been unveiled about the upcoming game.

This VR experience is called X Animal by Internet Stars. It will be a combination of multiple mini-VR games and experiences in addition to some unique music. If you’re into atypical games, this might be right up your alley.

The Walker by Haymaker

Another game is called the Walker by Haymaker. This game offers a fantasy combat VR experience with the use of swords and magic. The trailer demonstrates great graphics and a detailed environment making it look quit promising. You will be able to wield guns to eliminate your foe and slash them down with your sword.

Pervader by Light & Digital hope to create an emotional VR experience in this upcoming VR game. While there isn’t much description about the game, you can tell that the studio is going for a quality concept with vivid storytelling. The trailer shows data around concept art and a darker hued setting.

We are looking forward to seeing these VR games for PlayStation VR come to fruition in the near future.