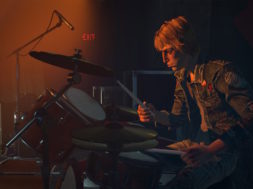 Rock Band VR by Harmonix has brought the joy of music to the virtual space. Using a custom Oculus Connector, you’ll be able to bring supported Rock Band guitar controllers with you into the virtual world.

While Rock Band VR has been available for quite some time now, we haven’t heard much news in regards to updates and DLC for the title. But that all changes today as Harmonix released a new DLC that allows you to purchase new songs for Rock Band VR such as “Can’t Feel My Face” by The Weeknd and “Stressed Out” by Twenty One Pilots.

Each song will cost $2.99 on the Oculus Store. They’ve also made available “Basket Case” by Green Day and “Seven Nation Army” by The White Stripes. Rock Band VR now offers more than 60 different tracks to choose from.