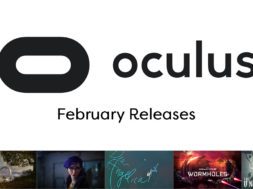 Oculus Rift has released some fantastic VR games for the month of February. As one of the premiere platforms in virtual reality, there are constant updates and releases. Whether you’re looking for an outdoorsy experience or something more on the calm side, VR & FUN has the perfect list for you to choose from.

Robinson: The Journey has just arrived on the Oculus Rift for you to enjoy. In this experience, you’ll be traveling through the foreign world where you’ll trek through alarming terrains and come face-to-face with dinosaurs in virtual reality. When the Esmeralda (the spaceship) crash-lands on Tyson III, a boy named Robin is left stranded. He must rely on his wits – and two unlikely companions – to survive.

Robin will be searching for the lost crew members and discover that Tyson III really isn’t the place that they once thought it would be. You’ll be immersed in this world with some pretty stunning visuals as you find out what really happened to Esmeralda. Robin will be accompanied by an AI unit named HIGS and a baby T-Rex named Laika. You’ll be the first human being to explore the foreign planet of Tyson III. If you are the adventurous type, this game will be right up your alley as you try to find the other crew mates. Robinson: The Journey is available on the Rift for $39.99

In Nanite Fulcrum: issue one VR experience you’ll be able to page through a new kind of comic book where the animations come to life. As you turn the pages, you’ll be transferred into the moment and become a part of the action taking place. Whether it’s fighting some evil aliens in a extraterrestrial environment or dueling against foes with super weapons, you’ll have an action packed VR adventure. Nanite Fulcrum: issue one is available today for Free on the Oculus Rift.

Dear Angelica is one of the most intriguing VR experiences released to date for the Oculus Rift. Created from Emmy Award winning Oculus Story Studio, the VR story takes you through the magical journey of remembering our loved ones. The whole story is virtually painted inside the Quill application. The short VR story features Geena Davis and Mae Whitman. The best part about this new release is that it’s available for free today.

There are also updates for current Rift VR games and experiences.

In the new particular patch for EVE: Valkyrie – Wormholes, you’ll be introduced to an entirely new game mode and competitive league system. You’ll be flying into the anomaly to experience new visuals and rules on the Oculus Rift. Every Wormhole anomaly will last a few days and give you access to new hardware that you may have never seen before. EVE: Valkyrie – Wormholes is available today for $59.99.

Dead and Buried for the Oculus Rift has received an update with new levels and various “supernatural” surprises. You’ll have access to two new characters and maps. you’ll also notice variations in tweaks and gameplay. Dead and Buried is currently available for $39.99 and it does require the Oculus Touch controllers.

The Unspoken – Arcane has just arrived with the brand new update by Insomniac Games. In this particular VR update you’ll be able to explore an entirely new arena with a different artifact and Guardian. The game overall has been quite intriguing as you cast spells against your opponent. The Unspoken – Arcane is currently available for $29.99. The Oculus Touch controller is required.