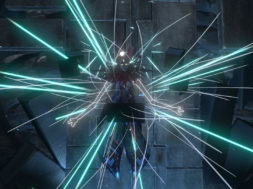 Hope you are off to a great first week in the month of September. There are many new VR games that have hit the marketplace this week and we’re excited to share them with you. Let jump on in!

Puppy Chef Academy is a Virtual Reality cooking experience designed to help you learn how to cook without the stress and mess of a real kitchen. Throughout your adventure you’ll cook tasty recipes, learn about cooking, and even make some friends along the way!

Set off on an amazing journey through Unknown Fate, a strongly story-driven first-person adventure with many puzzles to solve and enemies to beat. Become Richard, who suddenly passes seamlessly from the real world into a surreal universe. You’ll encounter strange characters, unfamiliar artifacts and scenes resembling Richard’s former life, of which he has lost all memory. Yet, he knows that this is not where he is supposed to be. The world he has come to inhabit is strange and distant. He feels the urge to find out more about this surreal universe and the creatures inhabiting it, in order to find a way out – out and back to his real self, his real life that he knows he has yet to fully recall.

Trapped inside a room filling with water, you will decipher secrets and tools to aid your escape. Hold your breath and dive for answers within a submarine deep below the ocean.

Crazy Alchemist is a simulation game full of medieval fantasy and magic. You will play Lyle, a strong alchemy apprentice, Lyle’s parents are killed, and his sister is missing. To resurrect his parents, Lyle must became the greatest alchemist, the great sage, to make resurrection water. Then he revived his parents and found his missing sister.

Entering the world of alchemy, using all kinds of materials to refine, fulfilling the task of the Alchemist Union, upgrading the level of alchemists, and striving to become a great sage.

Infiltrate, locate and retrieve. Be the PRO that takes down Monolith Corp by taking on objective based missions to collect evidence against them. Single Player classic tactical action for VR.

Relive the experience ZONE OF THE ENDERS THE 2nd RUNNER – M∀RS as a full-length remaster of the classic fast-paced 3D robot action game, recreated in VR, native 4K and in full surround sound. Enter JEHUTY’s cockpit and fly through Martian skies!