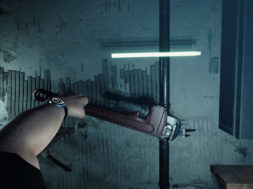 Seems like October is going by rather quickly. But fear not as there are some awesome new VR games to check out this week. Let’s dive right in.

Castaway VR is an open-world sandbox survival game. You can mine, gather, cut, hunt, swim, craft, build, ride horseback, tame wolves, and do so much more. Castaway VR – Survive long enough to escape!

Step into the memories of a prisoner of war and let his story unfold.

Immerse yourself in a dark atmospheric thriller. You with your friend are police detectives on the trail of a dangerous criminal.

RED: Lucid Nightmare is a survival horror game. Play as Mercedes, as she tries to piece together a missing persons case and strange, recurring nightmares.