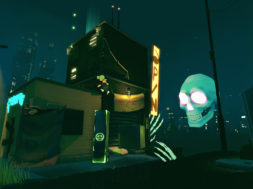 June has been an exciting month where we’ve seen a lot of fun new VR games release. This week, there are a few more games that you will be delights to play. Let’s get right into it.

J15 puts you in the cockpit of a historic fighter jet where you will be piloting the aircraft in VR. In the game you will have access to various weapons and arsenal including PL-9, PL-12, KD-88, YJ-12 to attack various land, sea and air targets. Each map is over 10000 square kilometers and you will be able to explore every inch of it in virtual reality.

Carly and the Reaperman – Escape from the Underworld – $22.49

Get ready to solve puzzles and build your way through the Underworld in this cooperative multiplayer game. Users can plays as Carly on the computer screen in a classic platforming game while player two helps out as the Reaperman in VR. Together you must find ways to cooperate to escape the Underworld.

Unleash your strategy and get ready to defend your land – feel the responsibility for the fragile future of mankind and stand up for it with The Last Day Defense – VR tower defense game.