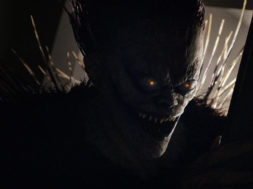 Netflix has released a 360 video called Death Note The VR Experience which takes you on a journey with a shinigami named Ryuk. In this quick journey, you’ll find the infamous book of death which quickly throws you into a spiral.

Death Note is a live-action remake from the famous anime and manga, which features a high school student named Light that ends up finding a notebook. This particular notebook has the power to kill anyone whose name is written within its pages.

The series centers around Light’s attempts to create and rule a world “cleansed of evil” as “God” using the notebook, and the efforts of a detective known as L to stop him.

The Netflix version of Death Note is currently available on their platform. It has many similarities and its own unique traits that add a little spice to it. If you were a fan of the anime and mange, you should give the Netflix version a watch.