Home VR News What You Need To Know Before Going To Watch Ready Player One
VR News
March 17, 2018 SJ Kim 0 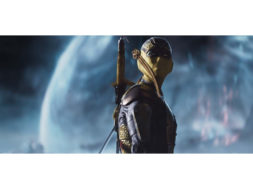 Ready Player One is an upcoming movie directed by the talented Steven Spielberg who uses his imagination to recreate a futuristic dystopian world. But here are some things you need to know before going to watch the movie.

Things to know about Ready Player One

This movie is not based off of an original story. It is a readaptation from the famous novel written by Ernest Cline. The book was released on August 11, 2011 which is almost 7 years ago.

In the original novel, you’ll be taken to the year 2045 where reality is an ugly place. The only time teenage Wade Watts really feels alive is when he’s jacked into the virtual utopia known as the OASIS. Wade’s devoted his life to studying the puzzles hidden within this world’s digital confines—puzzles that are based on their creator’s obsession with the pop culture of decades past and that promise massive power and fortune to whoever can unlock them.

But when Wade stumbles upon the first clue, he finds himself beset by players willing to kill to take this ultimate prize. The race is on, and if Wade’s going to survive, he’ll have to win—and confront the real world he’s always been so desperate to escape.

The OASIS is a virtual reality haven where users enter to escape the real world which is left in a horrible condition. Kids attend school in VR and find more comfort in this place. In the movie, you’ll see that the VR technology is way more advanced that what we have currently.

You are also able to create your own unique avatar and become whoever you want. Since most people don’t know your real identity in this place, you can pick your own nickname and put on an avatar of your own that doesn’t reflect your real life images.

References to other videos games and movies

In the book, Cline brings in many famous characters from other video games and movies. This includes the Iron Giant, King Kong, Tracer, Gundam, Chucky, the Back to the Future car, and many more.

Ready Player One might actually be the movie that references the most characters outside of its universe. There are also other gems included in the movie once you actually see it.

Part of the set was designed in virtual reality

In an interview with slashfilms, Steven Spielberg said the following.

“You have to understand that we made the movie in an abstract set. The only way the cast had a chance to understand where they were – we all had virtual reality Oculus goggles. Inside the goggles was a complete build of the set that you [see in] the movie. When you took the goggles off, it was a bit white space.

It was a 4,000 square foot empty space called a volume. When you put the goggles on, it was Aech’s basement, or Aech’s workshop, or the Distracted Globe [club]. So the actors had a chance to say, ‘OK, if I walk over there, there’s the door. There’s the DJ.’ It was really an out of body experience filming this movie. It’s very hard to really express what that was like.”

There will be a sequel to Ready Player One

This won’t be a one off story. Ernest Cline stated in a livestream that “It’s true. I can’t talk about it too much, but there’s no better inspiration for a writer to return to a world they’ve already worked on when they’re watching Steven Spielberg bring that world to life.”

The movie is set to release in theaters on March 28th starting in the late evening. If you’re ready for an epic adventure, this might be it.

tags: ernest cline ready player one ready player one sequel the oasis
previous The Oculus Go Won't Be The Big VR Announcement They Had Planned For Facebook F8 Conference
next Khalid Is Taking Over The Real And Virtual World
Related Posts