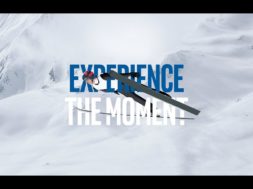 NBC in partnership with Intel, will be providing the overall coverage of the upcoming 2018 PyeongChange Winter Olympics in 360 VR. NBC has stated that they will be broadcasting over 50 hours in “live virtual reality” (360) powered by Intel True VR. The Olympics opening ceremony starts at 8PM EST.

See below for a full schedule of Olympic VR programming and instructions on how you can watch!

The NBC Sports VR app can be downloaded on Android, iOS, and the Oculus store. It will also be compatible with Windows Mixed Reality headsets. The app will also be available for free.

The Olympics is getting more high-tech these days and now offers users a chance to see your favorite winter sports in a more immersive way. The opening ceremony to the 2018 PyeongChange Winter Olympics will start on Friday, February 9th at 5PM PST | 8PM EST.