Home VR News NBC Will Be Coming Out With A Pilot Show Called Reverie Which Is Based Around Virtual Reality
VR News
January 27, 2017 SJ Kim 0 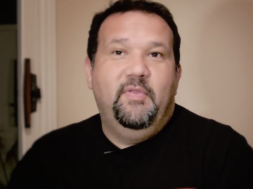 NBC has recently ordered a Pilot Show Reverie to be released some time this year. The show will be directed by Mickey Fisher, the creator of “Extant” along with his manager Brooklyn Weaver, Darryl Frank, and Justin Falvey (from Amblin TV).

Reverie will be about a former detective who specialized in human behavior. He is brought in to investigate the launch of an advanced virtual reality program which poses danger to the general public.

There’s been many short series that depicts VR technology but NBC will be the first major network to debut a full scale show that directly involves virtual reality. Anime shows such as Sword Art Online showed the dangers in VR and NBC will be conveying that similar message in Reverie.

We won’t know how long the show will last as it’ll essentially be a pilot show. If it picks up popularity and steam, we can expect the series to last more than a season. There hasn’t been any word on castings for the show.

Reverie will be produced by Universal Television and Amblin Television. Look for this live action thriller to make some noise.