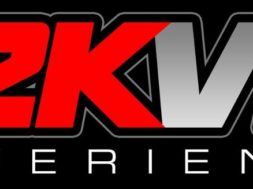 NBA 2K has been a stable franchise that represents the game of basketball for console and PC gaming. Every year they release a new iteration of the video game reflecting the upcoming season. But today, 2K Games Inc. in partnership with Gatorade, took a bold step to deliver a VR experience for PlayStation VR, HTC Vive, and Samsung Gear VR.

Starting November 22, owners of the above mentioned headsets can purchase the game for $15. While the game won’t be a full-blown version of the original game, it’ll offer a vast array of mini-games for you to try out. NBA 2K17 has been available for purchase since September with many fans purchasing a copy of the game. Unfortunately, sports games die out quickly due to new versions being released yearly. To re-kindle the flames, 2K gaming has coordinated together with Gatorade to release this game during the holidays.

“In the NBA 2KVR Experience, players will join NBA 2K17 cover athlete and All-Star Paul George, as they step onto the court at the Indiana Pacers’ stadium, Bankers Life Fieldhouse” – 2K Gaming Inc.

The game will feature Paul George at the Pacers Arena where he’ll be providing tips throughout the mini-games and challenges. You’ll be challenged to shoot buckets and entertain the fans inside the stadium.

The NBA has been heavily implementing VR technology throughout the current season by partnering with NextVR. 2K games looks to follow suit and implement their own version of a VR experience with the release of the upcoming game.