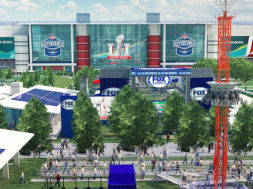 Super Bowl LI is almost upon us where the Atlanta Falcons will be facing the New England Patriots at NRG Stadium in Houston, Texas. Super Bowl’s are some of the most watched events in the nation with hundreds of thousands of people in attendance in and outside of the stadium. This year, during the pre-parties and events leading up to the championship game, NASA is debuting a VR Mars Ride called Future Flight.

Future Flight is a hybrid between virtual reality and roller coaster where you’ll be taken to Mars and back. The experience will be using actual footage from Mars. The participants of the ride will strap on a mobile VR headset and be taken through the space journey for 2 minutes and 10 seconds. The experience will end in a climax where you’re dropped from 90-feet up. Visually, you’ll be dropping back on to Earth, landing at the 50 yard line at NRG Stadium. For people who want to solely experience the VR part of Future Flight, they’ll have access to a special area outside of the attraction where you can demo it on ground.

“The space industry is one of Houston’s vital sectors, featuring some of the country’s brightest professionals in science and engineering,” said Dr. Ellen Ochoa, director of the NASA Johnson Space Center. “This ‘WOW’ Factor allows the public to experience a journey through space that is normally only experienced by select individuals. We are excited to work alongside the Houston Super Bowl Host Committee and our industry partners to showcase some of the best that Houston has to offer.” 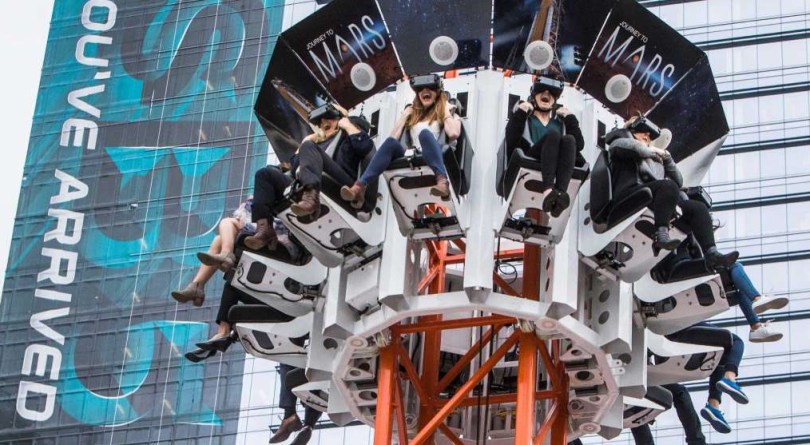 This special experience presented by NASA and the Houston Super Bowl Host Committee has kicked off January 28, 2017 and will last through February 5, 2017. Future Flight is located at Super Bowl LIVE fan festival just outside of NRG Stadium.