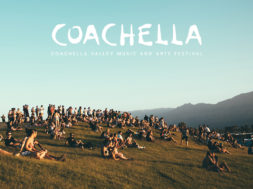 Back in January Coachella announced its full lineup for this year’s festival taking place on April 13 – 22nd featuring some of the most notable artists in the world. During Day 1 of the festival, The Weeknd will be taking stage as the headliner for the day. Day 2 features Beyonce as the headliner with Eminem rounding out Day 3.

While these are in-fact some of the most recognized artists in the world, there are many other talented artists playing throughout the duration of Coachella.

The War on Drugs is a Grammy Award winning American indie rock band from Philadelphia, Pennsylvania, formed in 2005. The band provides a breath of fresh air in the midst of indie music. Make sure to check out one of their recent hit songs called “Holding On.”

Vincent Jamal Staples is an American rapper from the Ramona Park area of North Long Beach, California. He is a member of the hip hop trio Cutthroat Boyz alongside fellow Californian rappers Aston Matthews and Joey Fatts. Vince Staples brings a creative new sound to the world of Hip Hop and delivers a high quality performance live. Make sure to check him out on Day 1. “Rain Comes Down” is one of his recent hit songs.

Erick Orrosquieta, commonly known by his stage name Deorro, is an American DJ signed to Ultra Records. He formerly used the name TON!C and provides an electric sound in the world of EDM. “Bailar” featuring Evlis Crespo is one of his recent hit songs that’s worth checking out. Make sure to catch him on Day 1.

Alison Wonderland is another up and coming artist that will be performing at this year’s Coachella festival on Day 1. She is an Australian electronic dance music DJ, producer and singer and provides a blast of EDM. “Church” is one her recent hit songs that you should check out.

Perfume Genius is the stage name for Seattle-based solo artist Mike Hadreas who brings a new idea to indie-pop with his vision and creativity. “Slip Away” is one of his recent hit songs that’s worth checking out.

Mohamed Sylla, better known by his stage name MHD is a French rapper from the 19th arrondissement of Paris. His music is the precursor of “Afro Trap”, a mixture of African music and trap music. Make sure to check out his hit song “Afro Trap Part. 10.”

Austin Richard Post, known professionally as Post Malone, is an American singer, rapper, songwriter, record producer, and guitarist from the Dallas area that’s taking over the hip hop industry. Post Malone has been releasing hit songs after next and will be taking the stage this year at Coachella. Make sure to check out “Rockstar” featuring 21 Savage.

Louis the Child is a Chicago-based DJ and production duo consisting of Robby Hauldren and Freddy Kennett. The two will be taking stage at Coachella and provide some refreshing music with their unique EDM sounds. “Shake Something” is one of their recent hit songs worth checking out.

Alina Baraz is a an American singer and songwriter from Cleveland, Ohio who transcends the musical genre boundaries to provide some pleasure to your music. She will be taking stage on Day 2 of Coachella and provide some sounds that will instantly get you addicted to her. “Buzzin” is one of her recent songs that you should check out.

Flatbush Zombies is an American hip hop group from the Flatbush section of Brooklyn, New York City, formed in 2010. The group provides some mesmerizing verses that will keep the ears wet and wanting some more. “Headstone” is one of their recent hit songs that you should check out.

Kathy Yaeji Lee, known professionally as Yaeji, is a Korean-American electronic music artist based in Brooklyn, New York. Her style blends elements of house music and hip hop with mellow, quiet vocals sung in both English and Korean. “Drink I’m Sippin On” is one of her recent songs definitely worth checking out.

Hundred Waters is an American band formed in Gainesville, Florida in October 2011, composed of Nicole Miglis, Trayer Tryon and Zach Tetreault. They have the ability to sweep you off your feet with their ambience songs. Check out their recent song called “Firelight” and make sure to catch them on Day 2.

A Perfect Circle is an American rock supergroup formed in 1999 by guitarist Billy Howerdel and Tool vocalist Maynard James Keenan. The band brings experience and sound that’s not found anywhere else. Make sure to check out their recent song called “Disillusioned” and catch their performance on Day 3.

Kamasi Washington is an American jazz saxophonist, composer, producer, and bandleader. You will be hearing some beautiful jazz sounds while relaxing in the desert in a beautiful oasis. Make sure to check out their recent song called “Truth” and catch them on Day 3.

Sander van Dijck commonly known by his stage name San Holo, is a Dutch DJ, musician, record producer and composer. Known for his many hit songs, he will be bringing the EDM vibes to the desert to entertain. Make sure to check out his recent hit song “One Thing” and catch him on Day 3.

Princess Nokia is an American rap artist that brings new flare to style and trap music. Make sure to check out her recent song “G.O.A.T” and catch her set on Day 3.

Charlie Yin, better known by his stage name Giraffage, is an American electronic music record producer that’s been releasing many experimental sounds. With his barrage of soft sounds, you will be witnessing an enticing set at Coachella. Make sure to check out his recent song called “Maybes” featuring Japanese Breakfast.

Magic Giant is an American indie folk band formed in Los Angeles, California in early 2014. The group consists of Austin Bisnow, Zambricki Li and Zang that’s able to deliver some comforting sounds to the ear. Make sure to check out their recent song “Window” and catch their set on Day 3.

The Delirians is a reggae band that can calm your soul with their music. Make sure to check out their recent song “I Really Love You” and catch their set on Day 3 at Coachella.