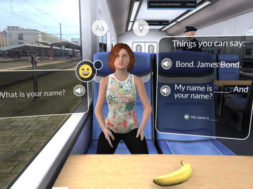 ATi Studios, the creators of the multi-language learning platform Mondly, has recently launched the first-ever language learning VR app called Mondly VR. With this educational VR app, people will have a viable option to learn languages in a deeper immersive level compared to the traditional learning methods.

“Fluency in a language is not how many words you know, but how well you communicate with the words you do,” said Alexandru Iliescu, Co-founder of Mondly. “Our goal with Mondly is to push the envelope of language learning with new technologies that drive our users to become better communicators and have richer life experiences.”

According to their statistics, 90% of language learners say they never get to practice in real life what they learn. With the introduction of VR, people will now have a chance to virtually interact with native speakers of the language. Mondly VR will put you in a position where you must use the language you are learning. Whether it’s at a train station, restaurant, or a reception lobby of a hotel, you’ll be interacting with virtual people practicing the language.

ATi Studios has had over 15 million downloads for their Mondly app and looks to pursue the same goals for the VR platform. In their educational VR app they’ve incorporated Chatbot Technology that allows users to have conversations in 28 different languages. You’ll have instant feedback on pronunciation that’ll help you sound more native to the tongue. 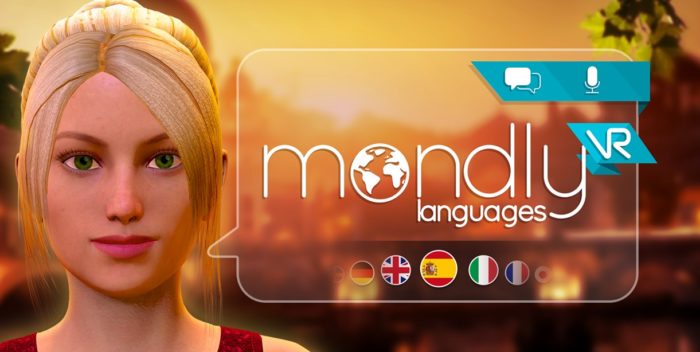 According to Iliescu, they’ve had to overcome certain hurdles to release Mondly in VR. “The toughest challenge was to make the speech interaction feel natural in VR. The norm today when using voice to communicate with our smart devices is to start the voice interaction with a tap of a button or a loud voice command like “Hey Siri” or “Alexa”. The problem is if we don’t speak quickly, the app stops listening and we have to restart the interaction. Because VR is so immersive we realised none of these solutions would work, they would break the experience. So we developed an automatic voice detection system. It calibrates to the room’s background noise and it ignores unintentional sounds. The result is that you can use Mondly VR in a quiet room by speaking softly, and also in your living room while music is playing or the TV is on. The conversations with the virtual characters happen as naturally as real-life conversations, they just flow.”

If you are currently trying to learn a new language or are interested in learning one, Mondly VR might be the perfect starting point for this expedition. The educational VR app is currently available for the Samsung Gear VR on the Oculus Store.