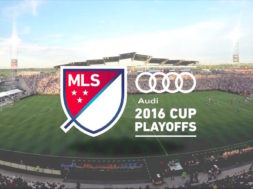 MLS (Major League Soccer) might not be as popular of a sport as football or baseball but it’s still an exciting spectacle to watch. Recently, MLS filmed a PK (penalty Kick) shootout between Seattle Sounders and Toronto FC in 360 VR. PK’s occur when games end in a tie after overtime.

In this exciting 360 video you get a front row seat to the highly entertaining spectacle of the shootout. With tens of thousands of fans in attendance, you feel the roar of the crowd as it takes place. At the end of the video, you can clearly feel the joy of Seattle Sounders winning the MLS Cup in a 5 to 4 victory after the Penalty Kicks.

This is the one of the few 360 videos that Major League Soccer has released. Many major sports associations are starting to integrate 360 videos with live sporting events. This newly created video format allows viewers to feel immersed in the moment, exampled by this video. MLS has plans to release more 360 videos in the future capturing special moments such as this. While the MLS isn’t a euro league, it sure does a great job in fulfilling fan expectations of an exciting game.

360 VR videos such as this can be viewed on Google Cardboard and the Daydream View VR headsets.