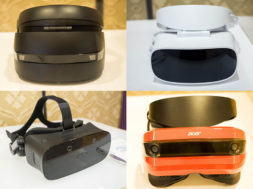 Microsoft announced last year that their partners will soon be releasing VR headsets made for their Windows platform. And here are some of the latest images for those VR headsets which are manufactured from 4 different companies: HP, Dell, Acer, and 3Glasses. These will be the first headsets to use the Windows Holographic platform. As you can tell, there are 2 cameras mounted on the front of every headset. This will allow the wearables to keep track of the surroundings near you without the use of room-scale technology. The cameras will examine the space around the user and create an “inside-out” room scale VR experience. 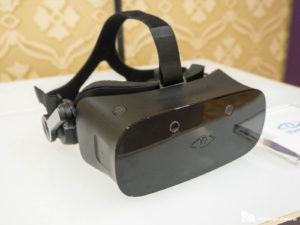 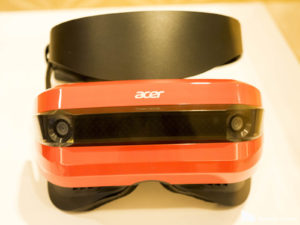 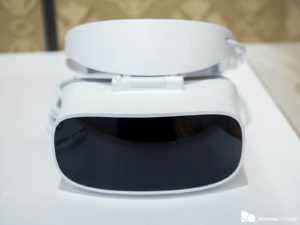 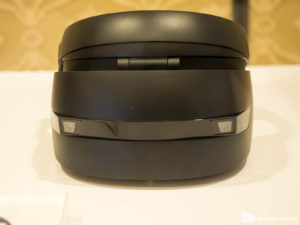 These VR headsets were dispalyed proudly at CES 2017 but unfortunately weren’t plugged in to any of the computers to be tested. Microsoft is still developing and testing their Windows Holographic system to ensure it provides a quality experience for VR users. There weren’t any concrete prices that were give for these headsets nor when they will be available. The only company that’s missing from the Windows Holographic program is Lenovo which displayed their technology earlier on this week and we know that those specific headsets will be under $400.

We’re guessing that these headsets from their respective companies will be boasting similar specs to Lenovo’s VR headset with dual 1440 x 1440 pixel panels. Being part of the same Holographic program by Microsoft, they’ll have to also all meet minimum requirements. In the future when you get down to choosing which headset to go with, it’ll be relative to brand and outer design of the future wearables.

Stay tuned for more details from CES 2017 and what other crazy VR and AR gizmos will be available in the near future!