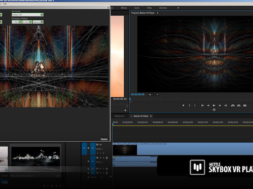 Adobe has announced that it has acquired all of Mettle’s Skybox Suite of plug-ins for VR transitions, titles, and effects. Skybox is currently one of the most used tool kits for creators editing 360 content on Premiere Pro and After Effects.

“We believe that making virtual-reality content should be as easy as possible for creators. The acquisition of SkyBox plugins and Mettle technology allows us to deliver a more highly integrated VR editing and effects experience to the film and video community by the end of the year,” said Bill Roberts, Adobe senior director of professional video product management.

Adobe has become familiar with Mettle for the past few years now as they’ve provided one of the first platforms and solutions for 360 video editing. Their plug-ins were exclusively designed for post-production on Premiere Pro and After Effects. Along with the acquisition, Mettle’s co-founder Chris Bobotis will be joining the Adobe team as Director, Professional Video.

“I am honored to be working with the team at Adobe. I look forward to contributing to the team efforts, moving forward with new tools in immersive media,” said Chris Bobotis.

For existing SkyBox customers, you will have the same contact and support process through Mettle. However, SkyBox plug-ins will no longer be available for purchase during the integration process.

One of the better known companies that uses SkyBox Suite of plugins today is VR City. They’ve created a multitude of 360 films and branded content which utilizes the Adobe platform for post production work.