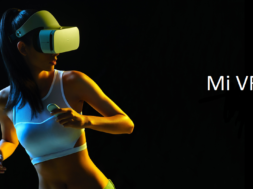 Xiaomi is a company known to create affordable products at decent quality. Today, Xiaomi unveiled their new flagship phone (Mi Note 2) alongside the newly created VR Headset called Mi VR. This particular headset has a built in motion sensor that improves latency up to 16 ms, which they believe will get rid of motion sickness created from mediocre devices. Mi VR will be compatible with select smart phones including the upcoming Mi Note 2 and Mi Mix.

The Mi VR headset will also include a controller to go along with the bundle. It’ll have 9 axis points making the motion tracked controller feel natural to the hands while operating the mobile VR device.

Xiaomi’s new headset will be available at $29 which is an amazing price point considering the technology it requires to be VR capable. But the design of the unit is all too similar. 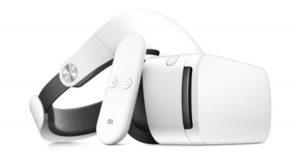 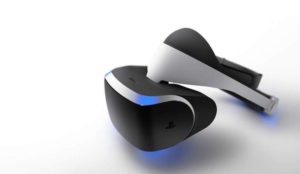 Xiaomi has designed a VR unit that heavily resembles the Playstation VR headset. From the adjustable back to the forehead positioning, it looks like a duplicate copy of the popular unit created by Sony. While the bells and whistles to the headset might be different, someone can easily mistake the device for Playstation’s VR headset. 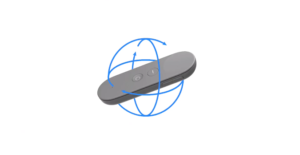 Another alarming thing about Xiaomi’s upcoming VR device is the similarity in their controllers. The motion tracked device looks and works just like Google’s Daydream VR controller. Google decided to have a compact controller to go along with their upcoming mobile VR unit and it appears as though Xiaomi has instilled Google’s inspiration to the tea. 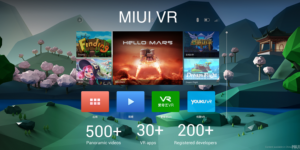 The company has also announced that they’ll be releasing an app store to go along with the VR headset called MIUI VR Store. It’ll feature over 500 panoramic videos, 30+ VR apps and many developers working to create content for their new platform.

For better or worse Xiaomi will be releasing Mi VR to the public. With their device inspired by one of the hottest selling VR headsets and a promising motion tracked controller, they might have the perfect unit on their hands. Look for the $29 device to be released in the near future.