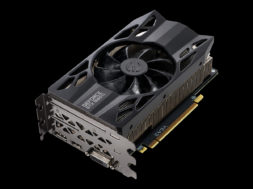 We all know how expensive VR setups can be especially when it comes GPUs. It takes a lot of power and memory to handle the graphics on the HMD. So to remedy the situation, Nvidia has decided to release a brand new GPU called the GTX 1660 Ti.

According to Nvidia, the GTX 1660 Ti features 6GB of super-fast GDDR6 VRAM, as used on GeForce RTX GPUs, and a 192-bit memory interface, giving it 50% more memory bandwidth than the GTX 1060. Out of the box, GPU Boost Clocks start at 1770 MHz, though several partner cards push that number higher, and some have advanced custom coolers that enable overclockers to hit up to 1950 MHz on air (in our testing). And power efficiency is up to 1.4x higher, enabling a substantial performance boost at the same 120 Watt TDP.

You can currently buy the GTX 1660 Ti on Amazon and Newegg. You can also purchase the new graphics outside the US here.

The new GPU comes VR ready and will be able to operate at an operable performance for games that don’t require too much performance. The GTX 1080 and above will still be the better route for heavy-loaded VR content but we suggest you check out the GTX 1660 Ti for those who are looking for a cost-effective solution.