Nintendo has just released this morning a preview of their upcoming gaming console called Nintendo Switch. This gaming system has been previously referred to as Nintendo ‘NX.’ And this product by Nintendo is highly different from that of its competitors. Here’s what we mean. 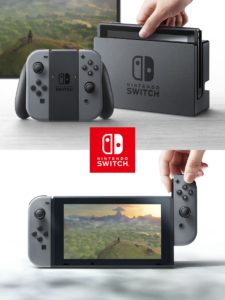 Nintendo Switch has been created to be mobile. While it has the capabilities to be docked to a platform, the objective of the gaming console is to be taken with you wherever you go. The controllers called Joy-Cons can be slid off and placed on to the tablet like device. This way you have control wherever you go with the device. This seems to be a somewhat similar concept to Wii U’s Pro Controller but on a much different design.

Nintendo has made a move that’s quite different from the current market with the Playstation and Xbox. While they’re trying to innovate the level and performance of stationary consoles, Nintendo is looking to create a mobile gaming system that wouldn’t be as powerful as the two, yet very versatile.

And many gaming studios seem to have Nintendo’s back. Below are the current partners working developing games for Nintendo Switch: 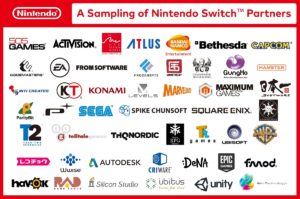 In the preview trailer for Nintendo Switch we can see games such as Skyrim, Legend of Zelda, NBA 2k17, and some form of Mario Kart.

With this type of overwhelming support from the gaming studios, Nintendo seems to be gearing up quite nicely to be content heavy and ready for consumers to experience a multitude of genres. The ‘Switch’ is set to release in March 2017 without an exact price. We also don’t know the battery life of the mobile gaming console. So it’s hard to determine which category it’ll fall under. It also doesn’t appear to be VR compatible from the current standpoint. But the main question lies, did Nintendo make an innovative move or are they positioned for failure with this idea?