Lately, there’s been a handful of companies releasing robust applications for the VR industry that ventures outside of the gaming world. Matterport happens to be one of them. This immersive media platform company allows you to create 3D models of real physical locations that can be explored in virtual reality through the use VR headsets.

Matterport currently has over 250,000 existing locations documented in VR and plans to grow the library by making it simpler to record in 3D. They offer a couple of options to get a location digitally rendered in to virtual reality.

One of those ways is to hire a service partner. You can have an expert document and record a physical location in 3D. The other option is to create a 3D space yourself with the use of the Matterport 3D Pro Camera. This OEM 360 camera is crafted in mind of the consumer by making it relatively easy to operate. Matterport has put together a simple digital platform and a customized camera to record the physical location, even as a novice. 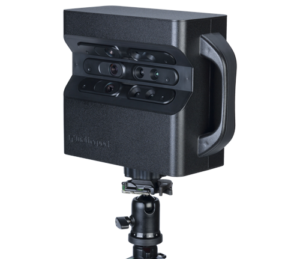 And impressively, through the use of their solution, many real estate companies have been able to provide walkthroughs and tours of real places for their respective clients. Some of the companies that use Matterport today are Realtors.com, CoStar, JLL, and Sotheby’s International Reality. 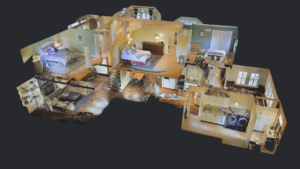 There are also many curious travelers like myself that find this solution valuable for the reason being that we get the chance to explore some of the unseen places through the use of this application and technology. With a solution like Matterport, this can be fulfilled to a degree as it allows you to take virtual tours of amazing places around the world.

In addition to providing virtual reality scenery and tours, Matterport looks to release all of their recorded 3D spaces free of charge with a solution called CoreVR. This simple application adds VR support to any Matterport 3D space and will be available for the 250,000 existing locations to date.

Real Estate companies, historians, and even novice adventurers will now have the option to use the VR platform for one of its newly discovered purposes. The virtual reality industry is continuing to grow with new creative thoughts in using the platform for more than gaming and Matterport seems to have figured out its niche.

The CoreVR app will be available for the Google Cardboard and Samsung Gear VR (powered by Oculus). Matterport looks to release it on other virtual reality headsets later down the road. As part of the release, Matterport’s VR app now comes with an example gallery of 150 real world places for you to visit in VR. The remaining places are accessible in VR via 3D Showcase.

With the continued push and expansion in the VR industry, we’ll look forward to seeing more companies like Matterport inspire the use of the virtual reality in other capacities outside of gaming.

Matterport is an immersive VR media technology company that’s based out of Sunnyvale, California. They develop an end-to-end system for creating and displaying immersive 3D and virtual reality versions of real physical locations available through the web, mobile, and VR headset devices.