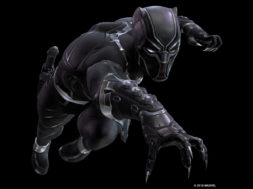 Just a few days ago we reported that Oculus was sending cryptic messages about the upcoming Marvel game. Now, it’s been confirmed that Marvel Powers United VR will be releasing on July 26th. The game will be exclusively available for Oculus users for $39.99. Players will be able to pre-order the game starting today through the Oculus marketplace.

In the gameplay you can see ordinary people get the call-to-action to defend the world from annihilation. They all get alerted to step into the virtual world and take control of these super-hero strengths. It also shows that the gameplay will mostly be seen in first person view with the freedom of locomotion.

Oculus also announced that Black Panther will be one of the other superheroes to be featured in the game. T’Challa, king of the secluded African nation of Wakanda, was granted the powers of the Panther God, giving him incredible super-human strength, agility and endurance. As the Black Panther, T’Challa uses an advanced Vibranium-powered suit to protect his home and join his allies when they are in need of his assistance.

The game was first announced about a year ago at D23 as Marvel is now owned by Disney. So far, there are 10 characters announced for the game. This includes, Rocket Raccoon, Deadpool, Captain Marvel, The Hulk, Ronan the Accuser, Crystal, Black Bolt, Thor, Loki, and Black Panther.