Mark Zuckerberg To Testify In Oculus VS Zenimax Lawsuit 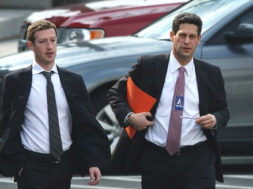 Mark Zuckerberg To Testify In Oculus VS Zenimax Lawsuit

Things are escalating quickly in the ongoing Oculus VS. Zenimax lawsuit regarding the core IP technology that led to the creation of the Rift VR headsets. Zenimax who previously employed the current Oculus CTO, John Carmack, is accusing John of stealing Zenimax’s intellectual property when he left the company in 2013.

“On August 1, 2013, Carmack became Oculus’s Chief Technology Officer (“CTO”). Before leaving ZeniMax, Carmack secretly and illegally copied thousands of documents containing ZeniMax’s intellectual property from his computer at ZeniMax to a USB storage device which he wrongfully took with him to Oculus. After he had joined Oculus, Carmack returned to ZeniMax’s premises and took without permission a customized tool that Carmack and other ZeniMax personnel had developed for work on virtual reality.”

This was officially documented on the Amended Complaint submitted to the courts against Oculus. In terms of how Oculus used Zenimax’s technology, they said the following.

“Oculus used ZeniMax’s hardware and software technology to create a software development kit (“SDK”) for the Rift and to develop, modify, and tune the Rift hardware. Luckey did not have the expertise or knowledge to create a viable SDK for the Rift. An SDK permits programmers to make use of new hardware by providing the technical specifications by which a computer communicates with that hardware, as well as program code that allows utilization of the hardware’s functions. ZeniMax designed the specifications and functionality embodied in the Rift SDK, and directed its development.”

Zenimax is seeking a $2 billion compensation from Facebook owned Oculus for not being compensated correctly. In the lawsuit, Zenimax claims that they should be rightfully paid for the Rift headset using their core IP technology. Zenimax is a giant media company heavily involved in the gaming industry. It owns subsidiaries such as Bethesda Softworks which has created many hit games.

A spokesperson for Oculus stated to BI, “”We’re disappointed that another company is using wasteful litigation to attempt to take credit for technology that it did not have the vision, expertise, or patience to build.”