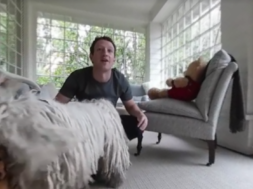 Mark Zuckerberg, co-founder and CEO of Facebook has just become the third richest man in the world. Yes, the social media guru has past Warren Buffett for this coveted position and now controls an enormous amount of wealth.

Above Zuckerberg are Amazon Inc. founder Jeff Bezos (reported $142 billion) and Microsoft Corp. co-founder Bill Gates (reported $94.2 billion). Zuckerberg finally hit the third spot today as Facebook shares climbed to 2.4% according to Bloomberg’s Index. It is reported that he is now worth $81.6 billion at age 34 and is one of the youngest billionaires in the world.

Zuckerberg currently owns many social apps and tech companies through Facebook. Some of these companies include Instagram, Oculus, and Whatsapp which are all popular within their vertical.

Oculus is one of the leading companies in the VR front that has provided hundreds of thousands of people with quality VR experiences through the Rift, Gear VR, and Go HMDs.

Instagram provides a place for users to upload and share their life stories via pictures, videos, and livestream. Users are able to connect with one another through sharing media content.

Whatsapp helps one another connect via the Internet. It is an alternative solution to signing up for a phone line which has helped millions around the world stay connected with one another.

With a diversified portfolio, we will witness Mark Zuckerberg grow even with all the recent controversy that has gloomed over the CEO. This includes the data leaks and also the lawsuit with Zenimax.