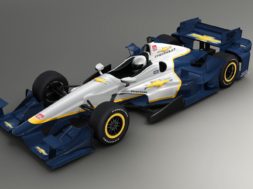 MANDT VR has announced a new partnership with IndyCar to bring the 2018 Verizon IndyCar Series to life with new and exciting immersive content.

As part of the new partnership, MANDT VR will take viewers behind the scenes at INDYCAR races such as the Indianapolis 500, the Bommarito Automotive Group 500 and the GoPro Grand Prix of Sonoma, delivering a level of backstage access and fan engagement opportunities that have never been available before in the racing circuit.

“As a car enthusiast, I’m particularly thrilled to be partnering with INDYCAR to produce virtual reality experiences tied to such a beloved sport,” said Neil Mandt, co-founder and CEO of MANDT VR. “With such a huge following and robust history, INDYCAR has not only enriched the discipline of racing but has also become an American icon. By providing a new medium for consuming INDYCAR content, we hope to encourage future generations to carry on the tradition of racing culture.”

Initially launching on IndyCar’s main website, Facebook and YouTube channels, the MANDT VR pieces will showcase exclusive glimpses into the INDYCAR world, connecting fans with their favorite teams and drivers and placing them right on the race track. Starting with five videos, enthusiasts will be able to sit in the driver’s seat, cheer from the stands and get a deeper look at the mechanics behind this fast-paced sport.

“INDYCAR will continue its momentum by engaging present fans while seeking new and younger audiences,” said CJ O’Donnell, INDYCAR’s chief marketing officer. “Social media, video content, and now virtual reality will be central to this strategy. By partnering with MANDT VR, we will deliver highly immersive experiences for fans of all ages. I am certain this will bring them closer to the speed and excitement our sport delivers.”

Immersive VR and 360 content has become highly attractive for fans and consumers to see events in a new perspective. Through the use of VR headsets and HMDs, fans will now be able to see their favorite races in an unparalleled way.